Even though a philosophy machine would be kind of neat-o, I’m pretty sure it would end up like the one in this comic. 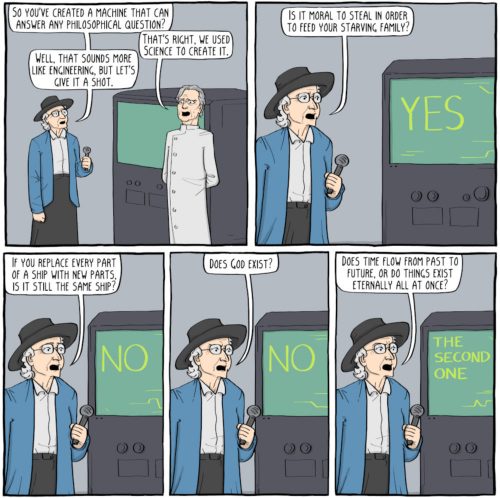 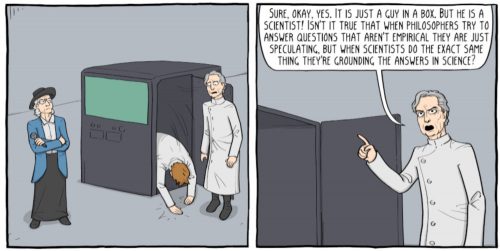 What? You mean philosophy isn’t a mechanism to confirm what I already believe to be true?

Well, then, what good is it?