Harvard has rescinded an offer of admission to Kyle Kashuv, Parkland shooting survivor, pro-gun advocate, former member of Turning Point USA, and young rising star of dumbass conservatism, because of stupid things he wrote on a message board. He’s now complaining that he should not be judged on the basis of crap he wrote when he was 16 or 17.

That ridiculous defense has now reached peak absurdity. The whole college admissions process is about evaluating your prospects on the basis of what you did in high school! What’s the acceptable window here? Can I say you can’t criticize me for something I wrote yesterday, because I’m a new me today?

The late teens is a period of rapid changes, and we see lots of increases in maturity in college age students. It’s possible he has acquired wisdom in the last few years, but he has to show it, not just say it, and his affiliation with TPUSA is not a good sign that he has become a better adult. Also, the messages go a long way to reveal the content of his character, and it’s not good.

Wow. There’s some remarkable code-switching going on here, because, setting aside the ugly content, that’s not college-eligible writing. That’s simply vomiting up toxins from the id.

Oh, well. He has defenders. The “Intellectual” Dork Web is out in force, deploring the no-platforming of another asshole. Ben Shapiro is whining something fierce, and this guy is, of course, supporting the racist twink. 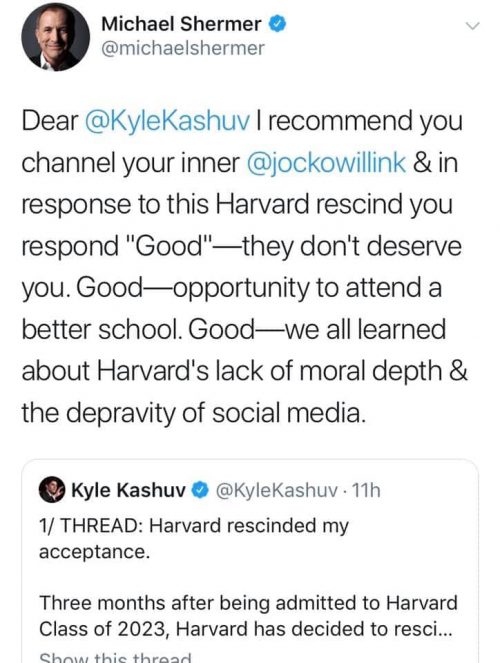 Not a fan of Mary Midgley, but even less of a fan of scientism » « My first day really hanging out with arachnologists