Continuing the saga of our efforts to track down spiders…we’ve had some success.

I mentioned earlier that we found some egg sacs. I took them into the lab, and here’s a photo: 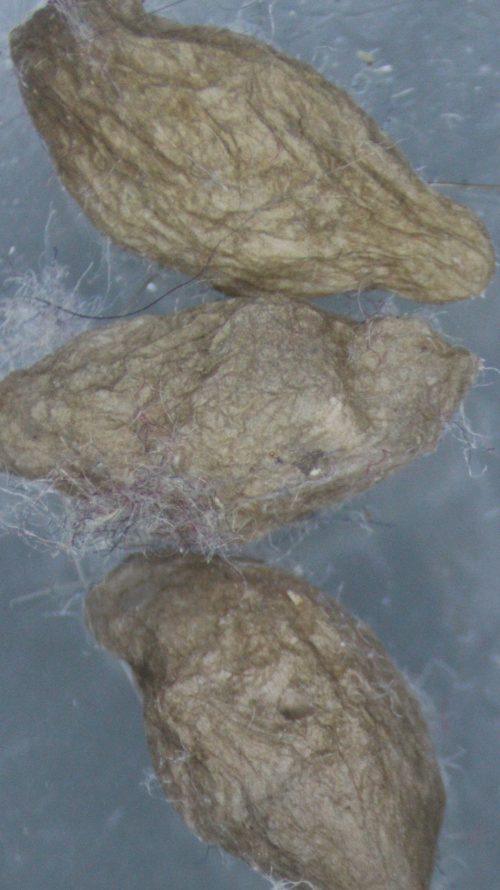 Three of them! Good news! Except if you look closely, you might notice some small holes in them. I suspected we were too late, that these had already hatched out, so I peeled them open a bit more to confirm that. Look where I tore them open, and you might see scattered white bits — those are the discarded cuticles from a pre-hatching molt, and the spiderlings must have exited and scattered. 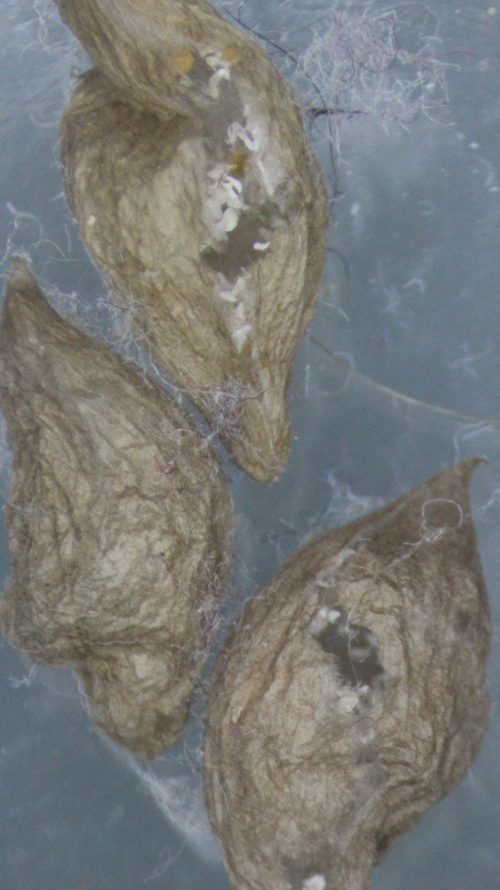 That implies, of course, that there are Parasteatoda nearby, so we went searching. My wife has those eagle-sharp elf eyes, so she found several small young spiders hiding. All near the ground, unfortunately, so my creaky old back and knees got a workout. I got three more spiders to add to the colony, including one that is definitely male. We have a Bragi for Iðunn! Tomorrow is their wedding day. Send gifts.

Also, while we were crawling around on hands and knees, we found a swarm of other little beasties crawling in under our front door and spreading out in our entry way. We don’t mind, they’re very tiny. 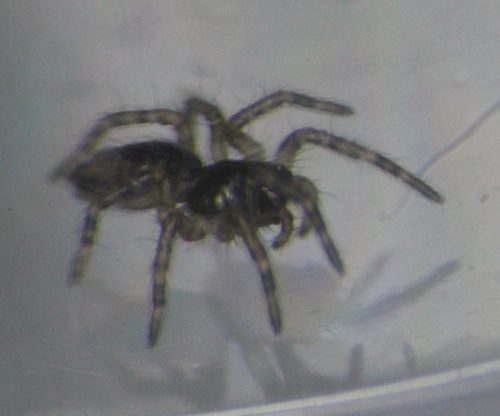 Female salamander gang invades local turf to steal chromosomes! » « I’ve wondered how wind turbines would hold up in a tornado