This “Beyond Meat” stuff must be booming if it’s showing up on grocery store shelves even in remote, barren backwaters like rural Minnesota. 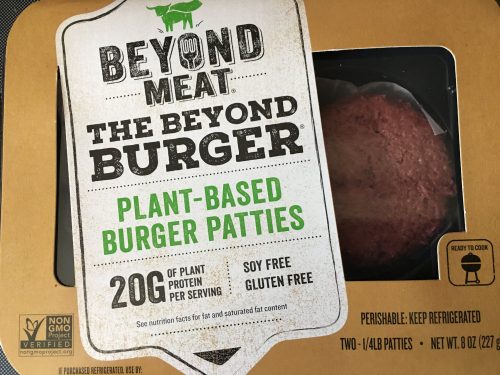 But OK, I’ll give it a try this evening, despite the fact that marketing something as just like meat isn’t exactly a great way to reach vegetarians.

Hey, kind of like how Joe Biden is a fake progressive who’ll appeal more to neo-liberals and centrists, but not so much to people who want real change in the system.

Madness in Sioux City! » « May the Fourth!