Right after I declare that I’ve found the worst take on the Christchurch terrorist attack, what happens? I find Australian politician Fraser Anning’s declaration of who is really at fault here. 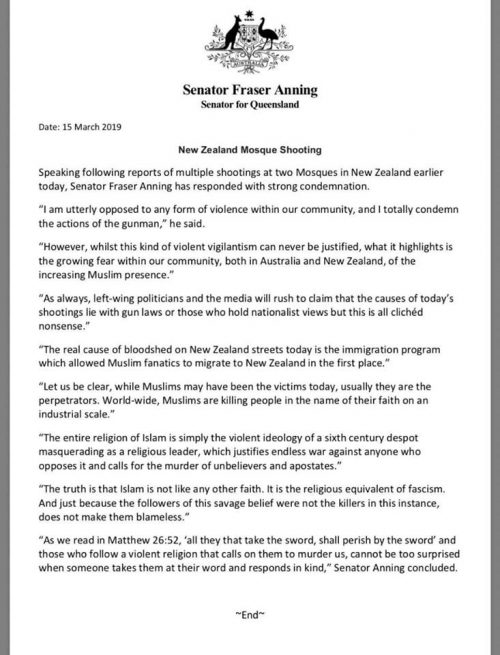 The real cause of bloodshed on New Zealand streets today is the immigration program which allowed Muslim fanatics to migrate to New Zealand in the first place. And he quotes the Christian bible.

Fuck me. I’ve got to get off the internet for a while.