For even more fun, David Klinghoffer has written his own criticism of the Science review. His take is even more petty and ridiculous: he thinks science is having a panic attack over the book, because they got three scientists to write the review.

So here we have Science, the most prestigious technical science journal published in the United States, getting out ahead of the release of Darwin Devolves, recruiting a National Academy of Sciences member and two lesser scientists, the latter known primarily for their critiques of intelligent design (Swamidass) or complaints about the “poor design” of the human body (Lents).

Lesser scientists? What does that make Behe?

I guarantee you that Lenski does not think of his colleagues as lesser, and that the Science editors did not recruit a group to triple-team Behe because he’s so darned scary and tough. It’s much more likely that a trio of colleagues were discussing the book, and each contributed cogent criticisms, so they got equal billing in the write-up. That’s how real science works, when it works well — collaborative groups contributing to the work.

Oh, and even us lesser scientists are quite capable of seeing how bad Behe’s arguments have always been. 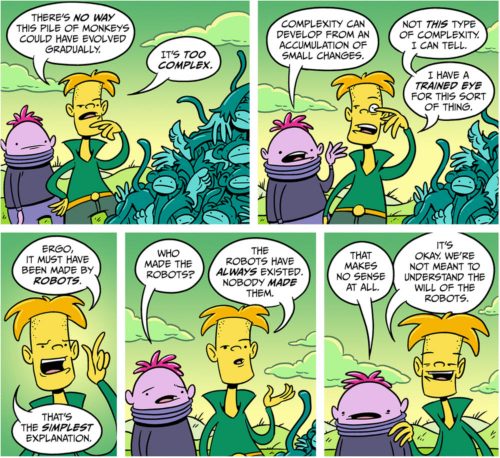