This is where fighting gets you. 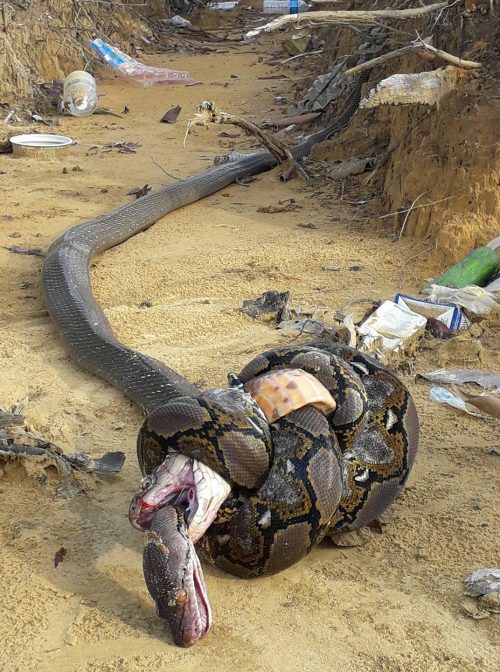 Amazing find!! This was shared today on one of the snake pages, nothing about the location but it would’ve been in south east Asia somewhere.
A King Cobra (the worlds longest venomous snake) has attempted to catch, kill and eat this Reticulated Python (grows to be the longest snake in the world) and has been coiled and strangled by the python and died in the process. Both were dead when found.
The King has met its match…

Caucusing while brown » « Eagles & Patriots fans: watch your behavior if you’re in Minneapolis this weekend