What’s with all these photos of animals snuggling up next to capybaras? It’s like they’re the St Francis of the animal world. 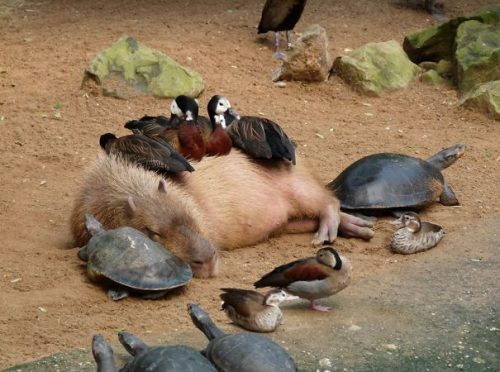 There’s got to be some angry creature in the background seething with jealousy, or it’s just not complete. Some Iago. Now I want to meet them.