They’ve placed this full page ad in the NYT today. 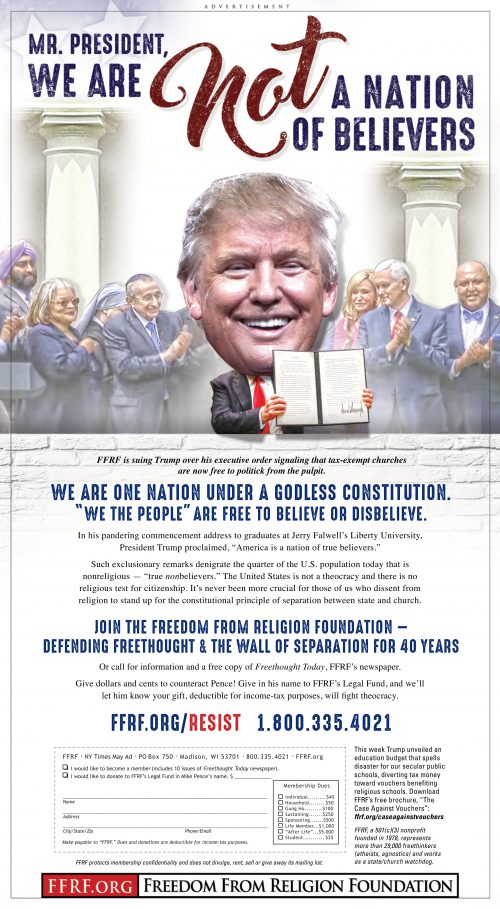 They do good work. You should join!

Travis Christofferson, an unimpressive snake-oil salesman » « The Ark Park is a grifter’s dream