I took a fair number of photographs on my China trip, but I’ll spare you the majority. I’ll put a few below the fold to let you get a hint of where I went.

That one on the top right is a symbol that was all over the Summer Palace: it’s the Chinese character for a long life, with an image of a bat, a symbol of happiness.

We visited the Forbidden City, a huge area in the center of Beijing with concentric walls and courtyards. You pass through a gate to find a huge courtyard, with another gated building beyond, with another courtyard behind that, und so weiter. The emperor’s home was at the center. I figure that old courtiers and bureaucrats and soldiers must have gotten awfully tired of courtyards. But it was quite spectacular and imposing. 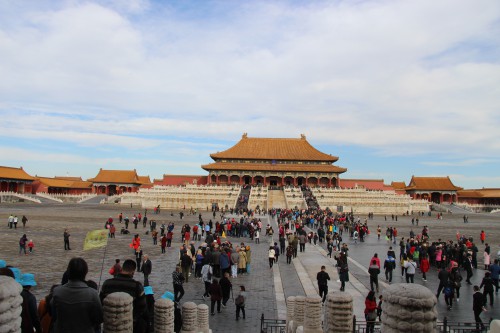 We were also told the emperor had 3,000 concubines. You’d think he’d get awfully tired of naked concubines getting wrapped up in quilts and deposited in his bedroom every night, too. 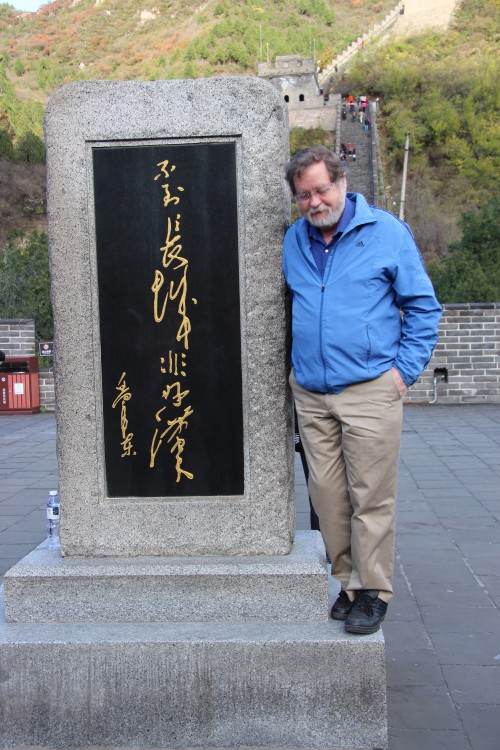 I am now a true man. Maybe. The next part of the challenge was to climb the Great Wall, which in this section near Beijing rises up out of a valley and writhes across the hilltops. 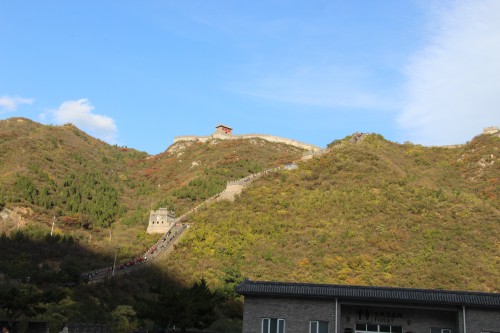 I made it about halfway up. It’s irregular steps that just keep going and going and going, and I decided that discretion was the better part of major cardiac event, so I gave up. Dying on the Great Wall sounds like a magnificent way to go, but I wasn’t quite ready yet; maybe I’ll have to go back in a few years. 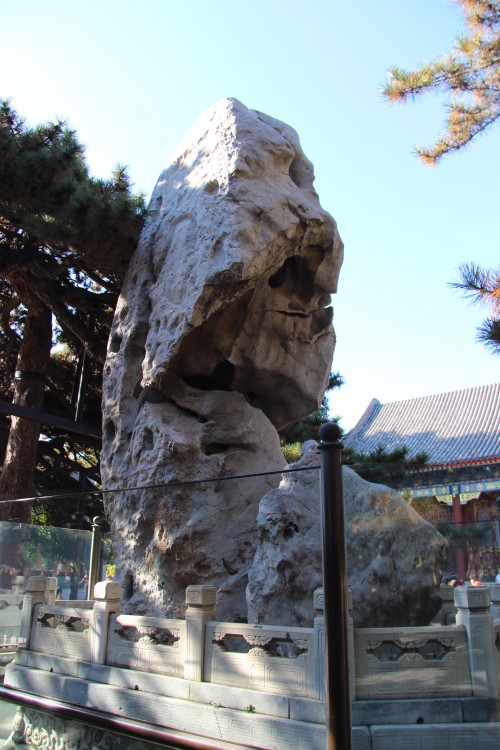 That’s the God of Longevity contemplating a peach, if you couldn’t tell. The Palace is about four times larger than the Forbidden City, and contains a huge artificial lake that was dug out, and the dirt and stone from the excavation used to make an artificial mountain, on top of which is a Buddhist temple. 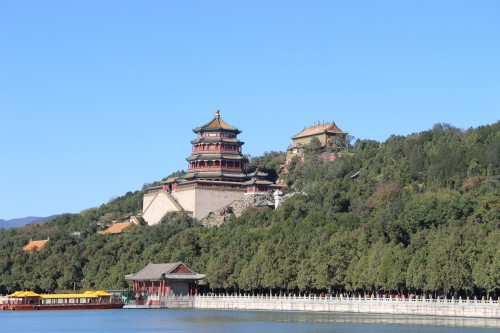 I managed to climb that mountain — I’m beginning to think of China as the Land of Many Stairs — and saw the Many-Handed Buddha at the top, as well as some spectacular views. 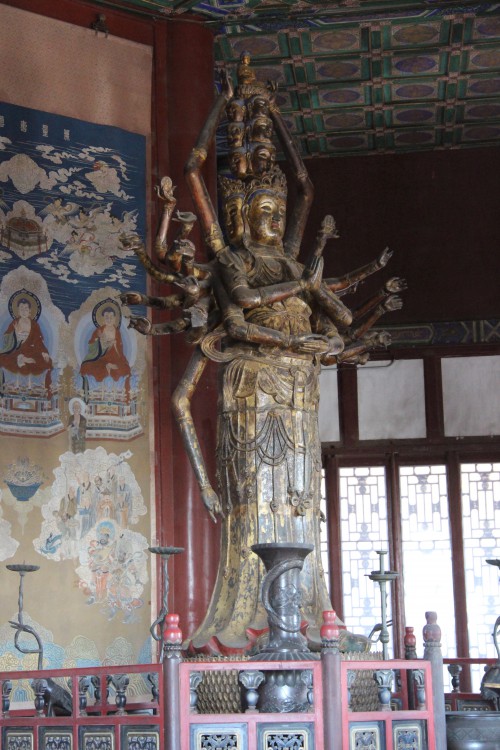 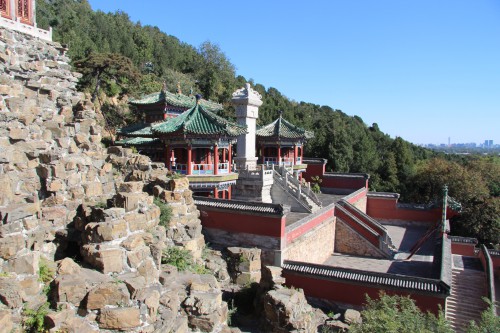 One last thing: we did the tourist act of visiting a shop…a huge silk factory. I was tempted. There were some spectacularly beautiful items for sale at extremely reasonable prices. I could have come home with a full silk quilt for only 2400 yuan (about $400), and they had some gorgeous patterns. I could have gotten this amazing black silk tunic? blouse? with a vivid red silk dragon? phoenix? across the front for a thousand yuan, but was afraid my wife and daughter might fight to the death over who would get to have it. 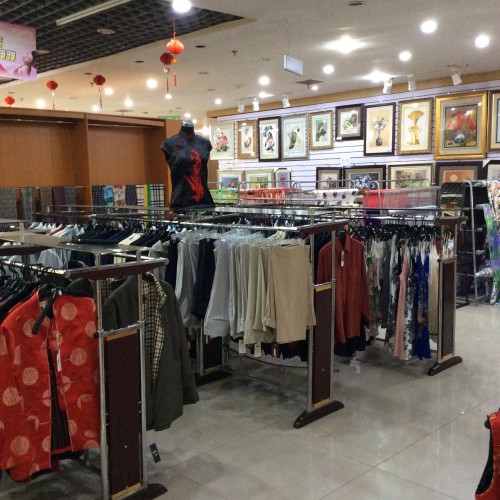 Just look at these patterns! All in the finest, smoothest, silkiest silk. 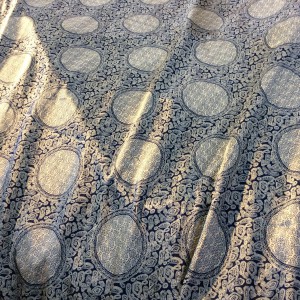 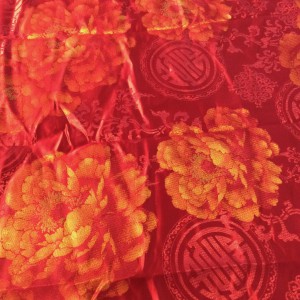 Oh, and there was a conference! I talked about evolution stuff. I guess it went OK, since the organizers talked afterwards about bringing me back next year for more.

I also didn’t mention the food. You don’t want to hear about it. It was too marvelous. This was real Chinese food, of which the American version is a pallid shadow. 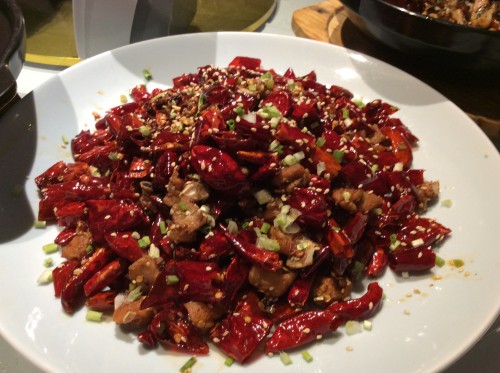 Now I’m having cravings. Must stop thinking about it. 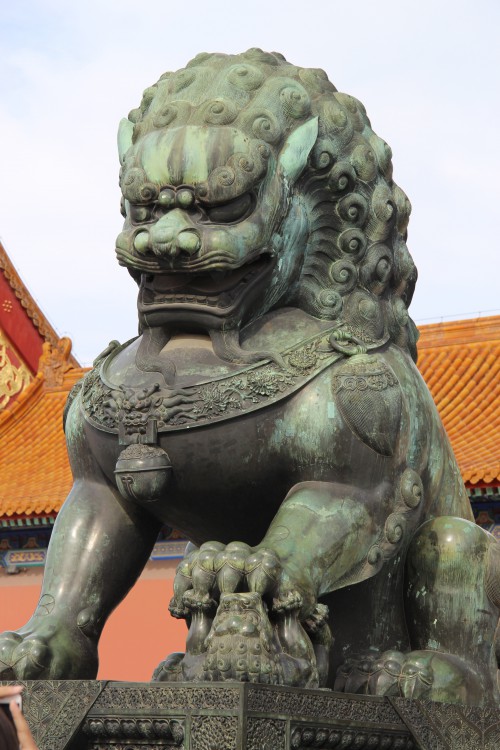 The Norwegian side of my family always had opinions about Swedes » « Oy, can I turn around and go back to China?