In a stunning fit of bad taste and bad design, the Newark immigration & customs control has a terrible feature. Everyone landing at that airport gets filtered through a customs screening room, a large space with long, slow moving lines, and mounted dead center is a large television. It is tuned to CNN. My welcome back to the USA was Wolf Blitzer (spit) yammering about two things: emails, and polls. Good god, America, you are being poisoned by the media. Rather than policy, we hear only about trivia and the state of the horse race. Charles Pierce summarizes my feelings.

I am perilously close to perishing for the desire of wanting somebody to win the presidency on the merits. I am tired of polls and micro-analytics based on splitting the electorate into bite-sized pieces. And I am tired of pundits who don’t know dick about the people for whom they claim to be speaking. (Hi, Joe! Mika! Good ta see ya!) And I am tired of surrogates, all of them, and not just the crazy ones that speak for El Caudillo del Mar-A-Lago, but all the people dealing in arguments and talking points and bullshit that passed their sell-by dates sometime around last Memorial Day.

One more week of this bullshit, but I do not expect to see an improvement after the election, since our media seem to be totally incapable of considering ideas and actions outside of their effect on Nate Silver’s numbers games.

So I got home some time after 2am, collapsed into bed slept a few hours, and got up to teach my classes. The first thing that greeted me when I opened my office door, unfortunately, was that I’d set the due date for lab reports for the end of last week, and you can guess what I found: piles and piles of papers slid under my door. That wasn’t so bad, though; I expected it, and it was the first major writing assignment of the term, so I’m kind of looking forward to reading them. What I didn’t expect, and that soured my stomach, was that the latest issue of the Morris North Star, our far-right student newspaper, was also stuffed under there. This is what I got to see: 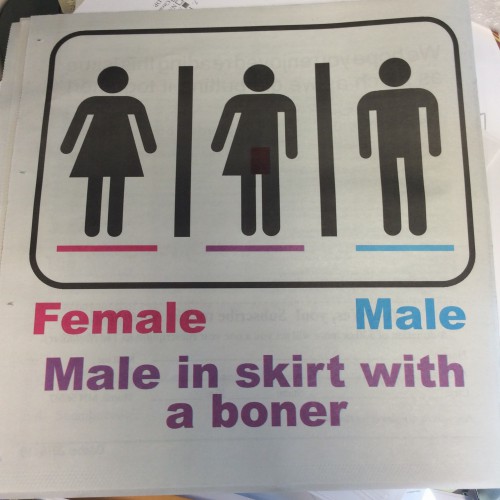 Gag. Thud. Barf. I am so disappointed in some of our students for their lack of empathy, total absence of wit, and outright stupidity. I also heard that someone spoke up at a conservative forum on campus, expressing their fear of being seen as conservative at UMM, and they used as an example their certainty that they could never attend a class taught by yours truly, PZ Myers, while wearing a college republicans T-shirt. Little do they realize that at a small college like ours, where our teabagging students aren’t shy about expressing themselves on their horrible little rag, I already know…and it makes no difference in my biology classes.

Now if I were grading them on their sense of humor or their consciousness of their fellow students, they’d be failing, but I haven’t figured out a way to include those topics on exams about cell biology or genetics. Or if I could test them on hypocrisy — you know they’re not very aware when they can complain that they can’t wear a conservative slogan on a t-shirt (they can) because of ‘political correctness’, but at the same time than can run cartoons that ignorantly denigrate other students because ‘politically incorrect’ is a mark of pride to them.

It’s also the case that I can’t fail students for being assholes, unfortunately.

OK, one bit of good news. This was waiting for me in my mailbox. 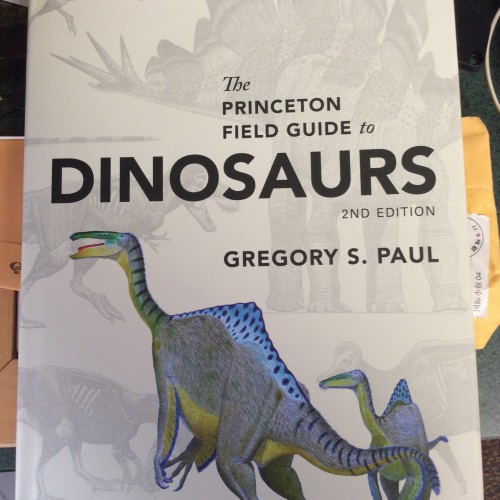 Now all I have to do is catch up on my sleep, get over my jetlag, and have this annoying throbbing headache end, and maybe I can read it.