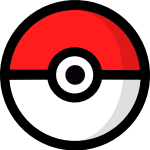 On the recommendation of Russell Glasser, I gave Hearthstone a whirl today. I was impressed — that is one slick piece of work. I had no idea what to do or how it worked, but it’s beautifully designed and led me through the gameplay entirely painlessly — and even with a fair bit of fun. I enjoyed it, but I don’t know that I’ll get addicted to it. I guess I’m just not into card games.

The other game I tried out today is the fad of the hour: Pokemon Go. I have never played Pokemon before; my kids were all into it on their gameboys, and they also played the card game, but I was a very bad dad and didn’t join in at all. So this thing was a complete mystery to me, and still is. Unlike Hearthstone, the explanations within the game are virtually nonexistent, and you have to just stumble around and try to figure out what the heck to do.

I finally figured out the first bit, and Mary and I went on a nice sweaty (it’s hot!) walk around the neighborhood and caught Pidgees and Weedles and a Bulbasaur and an Oddish and an Evee. Unfortunately, now I have no idea what to do with them, now that I’ve got them, because the game just assumes you’re a Pokemon pal already. If you’ve got any hints, let me know.

One nice thing is that they’re both free. I guess there’s stuff you can buy as you get further into them, but I’m so dang casual there’s probably not much risk of temptation.