Here’s a treat: a congressman who has been in office since 1989, and is on the Committee on Science, Space and Technology.

He’s a Republican, of course.

Meanwhile, in a small town in Alaska… 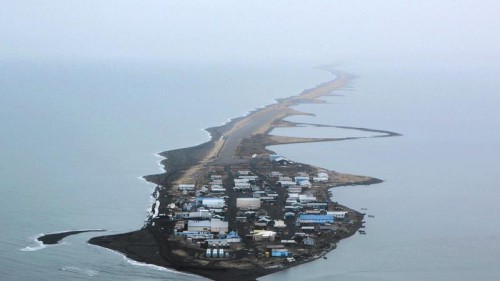 In this town of 403 residents 83 miles above the Arctic Circle, beaches are disappearing, ice is melting, temperatures are rising, and the barrier reef Kivalina calls home gets smaller and smaller with every storm.

There is no space left to build homes for the living. The dead are now flown to the mainland so the ocean won’t encroach upon their graves. Most here agree that the town should be relocated; where, when and who will pay for it are the big questions. The Army Corps of Engineers figures Kivalina will be underwater in the next decade or so.

It really ought to be possible to impeach politicians for egregious wrongness. Or maybe the voters in California’s 48th district ought to stop electing this asshole.

The Walking John Birchers » « An innovative NASA would be nice