NASA has put out a call for novel ideas in space exploration, which I think is an excellent way to do science. More creativity!

But this feels like they’re just pandering to me (I know, they’re not): building robotic squid to explore the oceans of Europa? What’s not to love about that idea? 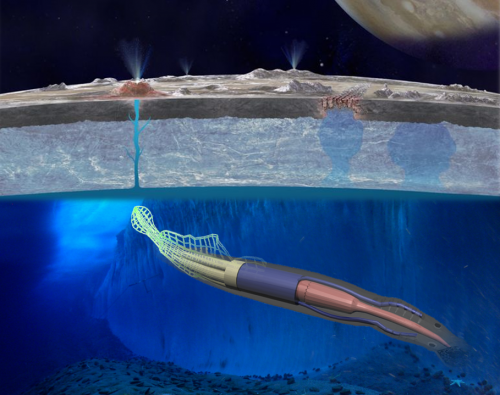