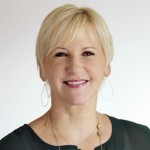 Nick Cohen gets it exactly right.

A few weeks ago Margot Wallström, the Swedish foreign minister, denounced the subjugation of women in Saudi Arabia. As the theocratic kingdom prevents women from travelling, conducting official business or marrying without the permission of male guardians, and as girls can be forced into child marriages where they are effectively raped by old men, she was telling no more than the truth. Wallström went on to condemn the Saudi courts for ordering that Raif Badawi receive ten years in prison and 1,000 lashes for setting up a website that championed secularism and free speech. These were ‘mediaeval methods’, she said, and a ‘cruel attempt to silence modern forms of expression’. And once again, who can argue with that?

Who could? Quite a few Islamic states could.

The backlash followed the pattern set by Rushdie, the Danish cartoons and Hebdo. Saudi Arabia withdrew its ambassador and stopped issuing visas to Swedish businessmen. The United Arab Emirates joined it. The Organisation of Islamic Co-operation, which represents 56 Muslim-majority states, accused Sweden of failing to respect the world’s ‘rich and varied ethical standards’ — standards so rich and varied, apparently, they include the flogging of bloggers and encouragement of paedophiles. Meanwhile, the Gulf Co-operation Council condemned her ‘unacceptable interference in the internal affairs of the Kingdom of Saudi Arabia’, and I wouldn’t bet against anti-Swedish riots following soon.

You know what’s interesting about that, though? The strong response tells me that they’re at least a little embarrassed.

Imagine if the shoe were on the other foot. Imagine that a Saudi foreign minister made a speech in which he was aghast that Americans let women drive cars and choose who they marry; that the US has laws against pedophilia; that bloggers are allowed to say almost anything they want against the US president, and they aren’t even jailed. Would we then turn around and condemn Saudi Arabia for stating those terrifying facts about our country? No, we’d say “Damn right,” and some of us would also point out that we aren’t quite liberal enough yet.

If flogging people for writing criticisms is part of their “rich and varied ethical standards”, why aren’t the representatives of Saudi Arabia saying, “Damned right, we think it’s important to punish anyone who does not worship Islamic values”? Why are they censuring Sweden for saying up front what they object to in their “rich and varied ethical standards”?

I also find it ironic that they’d be so indignant at a Swedish foreign minister for pointing out that the way they treat their own citizens is cruel and barbaric that they’d start severing ties with that country. I consider the brutal campaigns of the US against citizens in Islamic countries to be far more cruel and barbaric — bombing people via drones and cruise missiles is far worse than criticizing cultural practices.

Or how about this? Here’s John Yoo testifying before congress that he thinks the president has the right to have the testicles of children crushed before their parents’ eyes.

Come on, Saudi Arabia. Talk to us about severing ties with the United States. I can think of plenty of things that you could wave in our faces and we’d be ashamed and be forced to admit that we’ve failed to live up to our own high-minded standards. Blustering at Sweden for speaking the truth is pure chickenshit.

Steal this argument » « Empty excuses made for evolutionary psychology