Who else is Sean Hannity going to talk to when he needs an expert on Islam? Some brown-skinned guy? 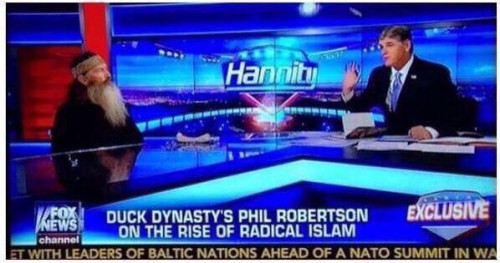 Something to do on 27 January » « We got mentioned on Boing Boing!