There’s something deeply wrong in the world. The New York Times is reporting that the rich are stratifying into the merely obscenely rich, and the absurdly pornographically rich.

Philip Rushton has been selling private jets to the global rich for more than three decades. In just about every economic cycle, sales of small jets and big jets tended to move together — rising and falling with financial markets and fortunes of the wealthy.

Now, however, the jet market is splitting in two. Sales of the largest, most expensive private jets — including private jumbo jets — are soaring, with higher prices and long waiting lists. Smaller, cheaper jets, however, are piling up on the nation’s private-jet tarmacs with big discounts and few buyers.

And it’s not just private jets! There is, of course, the private yacht market.

For decades, a rising tide lifted all yachts. Now, it is mainly lifting megayachts. Sales and orders of boats longer than 300 feet are at or near a record high, according to brokers and yacht builders. But prices for boats 100 to 150 feet long are down 30 to 50 percent from their peak.

Meanwhile, in the rest of the world, read this photoessay about people’s toilets. 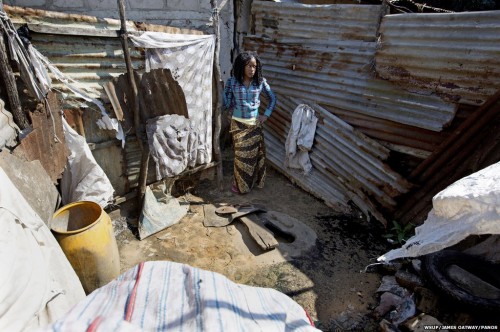 I don’t mind people being wealthier than I am, but there ought to be a limit — when some people have to shit in a hole in the ground in public, while others are spending tens of millions of dollars on their very own personal luxury jet, there is a disparity that must be corrected, preferably with political, legal, and social adjustments…but given the unthinking entitlement of the disgustingly rich, it’s probably going to require blood.

Congratulations to Danielle Muscato » « What would it be like to ride a comet?