Not really. I lied. Steve Stockman made up a bunch of crap, which is only the Republican version of doing science. 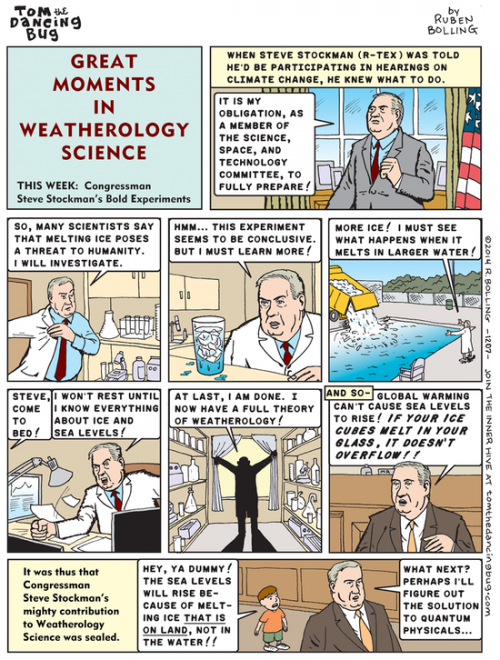 You might say this is a cartoon. Steve Stockman didn’t really say anything like that, did he? Yes, he did.

Stockman also said he can’t get answers to how long it would take for the sea level to rise two feet. Think about it, if your ice cube melts in your glass, it doesn’t overflow. It’s displacement. This is some of the things that they’re talking about that mathematically and scientifically don’t make sense.

You know, it’s kind of sad when a member of the House Committee on Science, Space, and Technology is so stupid that a TV comedian can kick his ass on a basic science question.

Look at the list of members on that committee. Don’t you think they ought to pass a basic science literacy test before being allowed to serve? One sort of like the competency tests they want to force on our high school teachers?

The brave little quadcopter visits Bárðarbunga » « Remember, you are mortal