One of the ways we preserve an illusion of normality is by avoiding looking at changes. You want to deny global climate change? It helps if you avoid looking at maps. 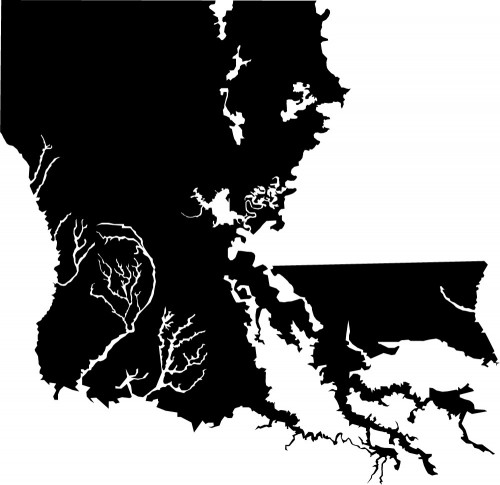 On our map, the real map, the boot appears as if it came out on the wrong side of a battle with a lawnmower’s blades. It loses a painful chunk off its heel in Cameron and Vermilion parishes. A gash cutting off the bird’s-foot delta, where the Mississippi empties into the Gulf of Mexico, from the center of the state is reason to consider amputation. Barataria Bay has joined forces with Bay Dosgris to take over Lake Salvador. Golden Meadow, Galliano, Montegut: They’re barely there, clinging to strands of earth as flimsy as dental floss. Lakes Maurepas, Pontchartrain, and Borgne form a contiguous mass flowing into the gulf.

But the state keeps on using illustrations of the shape of the state from the 1930s, and doesn’t want to change. Can you guess why?

Nice meme » « Sam Harris, too? Is this attitude contagious?