The Christians are upset by ‘historical inaccuracies’ in this new Aronofsky movie, “Noah”. Wouldn’t you know it would inspire bickering among them?

At the request of the National Religious Broadcasters (NRB), Paramount added a disclaimer which reads, in part, that “[t]he film is inspired by the story of Noah. While artistic license has been taken, we believe that this film is true to the essence, values, and integrity of a story that is a cornerstone of faith for millions of people worldwide. The biblical story of Noah can be found in the book of Genesis.”

NRB board member Phil Cooke told The Wrap that the disclaimer was necessary because the film is “historically inaccurate.” It is, Cooke said, “more of an inspired movie than an exact retelling.”

How can a myth be historically inaccurate? None of it happened; there was no global flood, there was no rescue of all the animals on earth with a floating zoo, humans never went through a population bottleneck of 8 people, the whole thing never occurred. I just want to tell them to calm down and recognize that a major film studio has just spent $130 million making a propaganda film for your cult, so you’ve got nothing to complain about.

But OK, here’s a test. Which of these images is “historically inaccurate”, and have you also sent off letters of complaint to them? 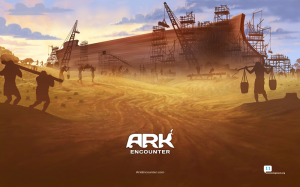 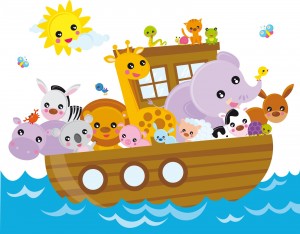 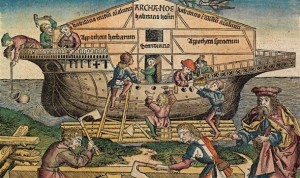 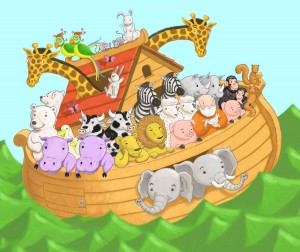 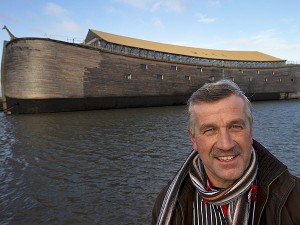 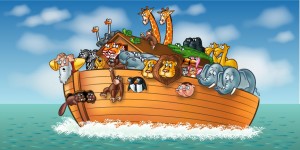 Whining about inaccuracies is just silly. Here’s another silly complaint:

Brian Godawa, a screenwriter whose Christian films have repeatedly failed to be profitable at the box office, wrote that Noah‘s script “is deeply anti-Biblical in its moral vision.”

Oooh, mean dig at the guy for making unprofitable garbage, but he does have me wondering what “moral vision” he’s talking about? Slaughtering every person on the planet for their purported moral failings?

Another problem with Noah is that it fails to acknowledge that while, from a Christian perspective, “[k]illing all humans but eight in order to start over (as the Bible portrays) may seem harsh to our thoroughly Modern Millie minds…it reaffirms that Image of God in Man that gives man value despite the evil.”

It may seem harsh…right. This is the logic that says it is OK to kill people who do not properly affirm their idiosyncratic image of a god. I will say unabashedly that such a perspective is humanly evil, and the excuses of the faithful for their bloodthirsty demon-god do not reassure me that they have the slightest understanding of moral behavior.

Did I say it was a mean dig to point out Godawa’s failure as a screenwriter? It wasn’t. He also makes a point of the importance of money.

Godawa is also concerned that this “uninteresting and unBiblical waste of a $150 million” will make it difficult for Christian screenwriters like him to find employment. He fears that it “will ruin for decades the possibility of making a really great and entertaining movie of this Bible hero beloved by billions of religious believers, Jewish, Christian, and Muslim.”

Gosh, thank you for giving me the bright side of this movie. Hey, if the Christians all boycott it, and the Muslims (who are also unhappy with the movie) skip it, and the atheists, who aren’t at all interested in yet another bible movie don’t show up, then Noah will tank at the box office and no one will ever make another bible movie, and Godawa will live in penury, never able to make a movie promoting his murderous, callous vision, and we’ll all be better off.

Well, except Godawa. But screw that jerk.

What a nice birthday present! » « Charles Pierce and David Silverman at #CPAC2014