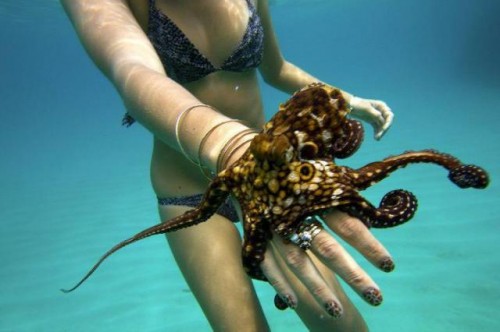 Say…has she painted her fingernails to match the mottling pattern of the octopus’s skin? I find that strangely attractive.