The Republican-led government shutdown has also shut down the NSF.

National Science Foundation: Pretty Much Screwed. The NSF is the organization in charge of doling out government dollars to valuable scientific research that could cure fatal diseases, improve quality of life, or create new amazing things. Lest you forget, the MRI machine, voice control, multitouch displays, the internet, GPS, and many, many more advances were funded all or in part by the NSF. This isn’t frivolous. This is important work that will grind to a halt. The NSF will stop making payments to researchers, and government-funded programs the researchers need, like websites and document downloads, will not be operational.

They’ve also sent NASA and all of their active projects off on a vacation.

That now includes the Mars rover Curiosity, which has been shut down, taking a furlough in safe mode like 97 percent (!) of NASA employees. (Safe mode, which Curiosity has gone into for technical glitches before, means it won’t be completely turned off, but won’t be collecting new data, either.) More or less everyone who isn’t working on keeping the International Space Station astronauts safe will be receiving an unexpected vacation.

And have you seen the banner on PubMed?

Due to the lapse in government funding, PubMed is being maintained with minimal staffing. Information will be updated to the extent possible, and the agency will attempt to respond to urgent operational inquiries.

Updates regarding government operating status and resumption of normal operations can be found at http://www.usa.gov.

Thanks, you bastard shit-sucking dumbass Republicans!

Oh, and how about the USDA?

Due to the lapse in federal government funding, this website is not available.

After funding has been restored, please allow some time for this website to become available again. 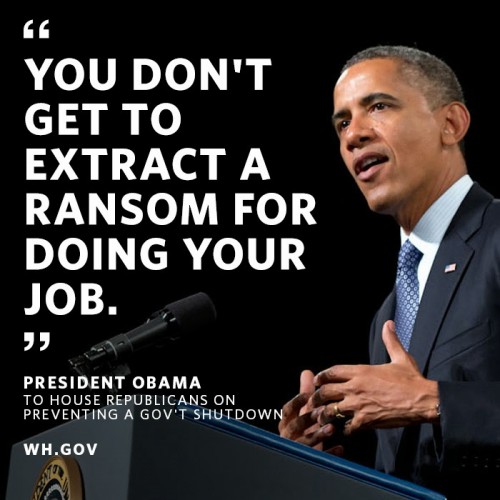 “You people” » « Ex-Muslims of North America