One of those wacky Intelligent Design creationists (Jonathan McLatchie, an arrogant ignoramus I’ve actually met in Scotland) has a theory, which is his, to get around that obnoxious problem of pseudogenes. Pseudogenes are relics, broken copies of genes that litter the genome, and when you’ve got a gang of ideologues who are morally committed to the idea that every scrap of the genome is designed and functional, they put an obvious crimp in their claims.

So here’s this shattered gene littered with stop codons and with whole exons deleted and gone; how are you gonna call that “functional”, creationist? McLatchie’s solution: declare that it must still be functional, it’s just edited back into functionality. He uses the example of GULOP, a gene responsible for vitamin C synthesis, which is pretty much wrecked in us. Nonfunctional. Missing big bits. Scrambled. With missing regulatory elements, so it isn’t even transcribed. No problem: it’s just edited.

As I mentioned previously, the GULO gene in humans is rendered inactive by multiple stop codons and indel mutations. These prevent the mRNA transcript of the gene from being translated into a functional protein. If the GULO gene really is functional in utero, therefore, presumably it would require that the gene’s mRNA transcript undergo editing so that it can produce a functional protein. It’s not at all difficult to understand how this could occur.

Yes, RNA editing is a real thing. RNA does get processed before it’s translated into protein. McLatchie has a teeny-tiny bit of knowledge and is abusing it flagrantly.

I’ve hammered out dents in a car, and I’ve touched up rust spots with a little steel wool and a can of spray paint. My father was also an auto mechanic and could do wonders with a wrench. Auto repair exists, therefore… 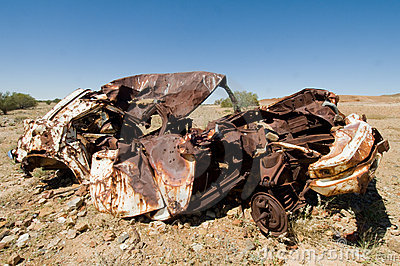 …patching up that vehicle should be no problem at all, right? I expect to see it cruisin’ down the highway any time now.

What have I gotten myself into? » « You should always ignore some old guy opining on women’s abilities