Well, actually, I was sucking on a bottle and struggling to get potty trained, but I had enough of a taste of that era to shudder at the thought of revisiting it. The Nuclear Secrecy Blog is my idea of a scary horror story — don’t visit it unless you really want to get drawn into a state of grey paranoia and obedience to the military-industrial complex. 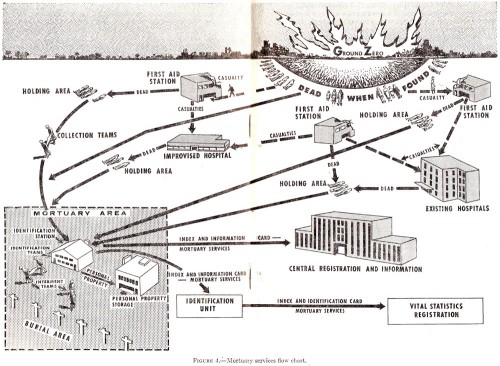 Look at your congresspeople. The cranky old grey-haired ones? They were all brought up on this stuff. They think this is normal and reasonable.

We haven’t escaped this state of mind quite yet.