Brace yourselves. Keith Kloor promises to rebut me once he finishes watching some football game today.

Just to make it easier for him, though, I threw together a simple accommodationist bingo card. Let’s see if he can do it while avoiding these extraordinarily cliched words and concepts. 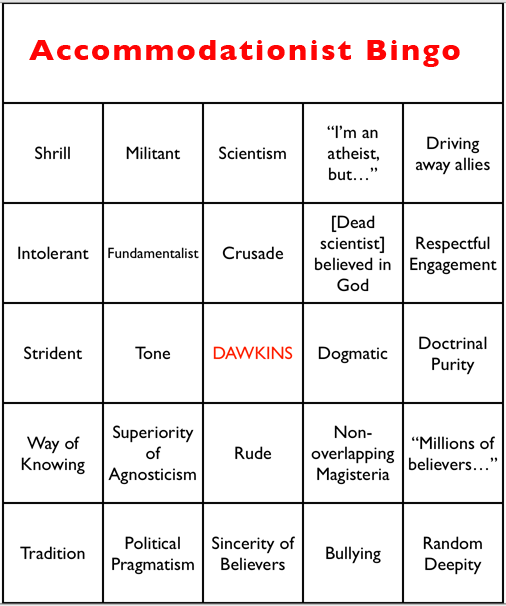 I’m going to predict it will be the same old tired whine, without a single original idea in it.