Oh, dear. All of the Christians who’ve been pounding this particular kind of argument into the ground are going to have to convert to Asatru now. 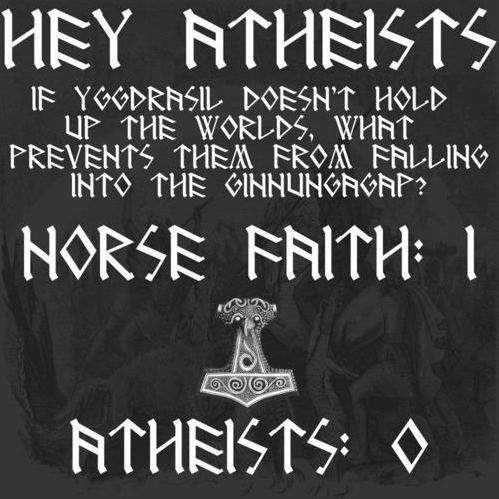 And I guess I’m going to have to start worshipping Loki.

Badges? We ain’t got no badges. We don’t need no badges! I don’t have to show you any stinkin’ badges! » « Why I am an atheist – Anonymous