I’ll probably have something more substantive up later today, but I wanted to share this picture I saw on twitter. 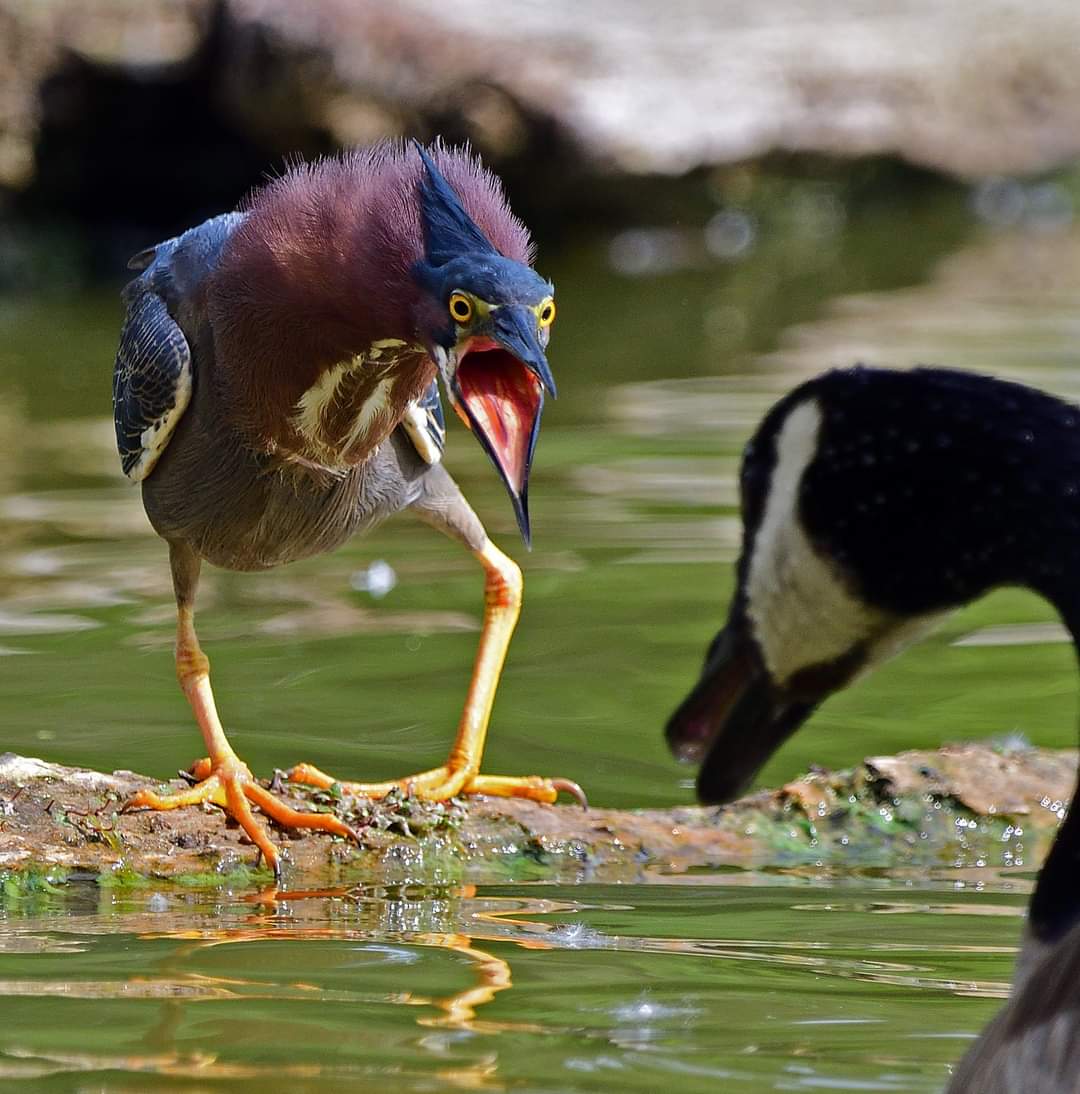 For those who can’t see it, The image shows a Canada Goose in the foreground, as though the photo was taken from just over its shoulder. You can see a bit of its body, in the bottom right corner, and its neck snaking in from the righthand side. Its head and neck are black, and its cheeks are white. Its bill is slightly open. In front of the goose is a small stretch of rippled green water, and then a log. There’s a Green Heron standing on the log, one big yellow foot facing the goose, the other apparently facing the first foot, with the heel sticking awkwardly out to the side. Its folded wings are blue with some white edging, its belly is gray, and its long, fuzzy, purple neck is fully extended towards the goose. There are a couple white lines running along its throat. Its head is a similar blue to its wings, with the sharp, blue-black beak open to reveal a pink mouth. Its eyes are bright yellow with black pupils, and staring ferociously.