Basil entered my life when I was 6, if memory serves.

He’d showed up at my great grandmother’s door in Texas on Christmas (or at least that’s what I remember being told), and made the journey north to my aunt in Maine, and then south again to my family in Medford, MA. We think he was a black lab/Australian cowdog mix. He was almost universally gentle. The exceptions were a man he thought threatened to me and my brother, and a man who was hitting on my grandmother after being told to piss off. He was the first dog who felt like a part of me, and was my closest friend throughout my childhood.

He was fine up until the night that he wasn’t.

Then, one night in my late teens, something broke in him. My best guess is that it was a stroke, but it’s hard to know for sure. Without going into detail, it was a scary night for all of us, but most of all for him. Had I had the option to spare him that night, I would have done so.

Raksha is 15. When she was 11, she suddenly got severe arthritis in her hips. She couldn’t make it up or down the stairs without help, and by the time we got to the vet, and got her medicated, she’d lost some muscle in her hind legs. She made a partial recovery, but never a full one. Some time after that, her panting turned hoarse, and we later discovered it was because her larynx had been partially paralyzed, leaving that bit to flap in the breeze, as it were. It convinced a child living nearby that she was always growling, but it was just what her panting sounded like. As the vet explained it, that increased the odds that the rest of it would follow at some point. The fact that we moved somewhere with cool summers probably lengthened her life, and helped avoid the death that would have come with her throat suddenly closing itself.

A few days ago, her hip gave out.

It was clear from her panting that she was in pain, but at the same time she seemed to be compulsively seeking food, more or less dragging her leg around the apartment with her. I gave her a treat and something for the pain. In the morning she was better, but not completely. Her leg kept turning like it was almost slipping out of joint, and she couldn’t hold a squat for the time needed. She’s also showing signs of a UTI – her second in as many months. She’s been close to blind for years, and completely blind in the dark for at least six months.

What’s my duty in this case? What’s my responsibility to her?

If I wait, because I can’t bear to let her go, how long until the choice of a peaceful death is taken from us? Summers aren’t hot here, but they’re hotter than winters, and more panting means more of a chance that one day her throat will close. More of a chance that her hip will dislocate and we can’t fix it, or that it will break.

Will her final hours be pain and fear?

Not if I can help it. The choice should be hers, but as smart as she is, she can’t make it.

It’s nice weather today. She’ll have sun, and grass, and meat cooked on a fire. We’ll all be there, including the cat, and at the close of her life, she’ll have sun on her fur, her family’s scent in her nose.

The biggest bright side is that she’ll never have to deal with my death. She was afraid I’d abandon her, once. It feels like I’m doing that now, but she’ll never experience the worse deaths that were waiting for her, and I’ll be there till the end. 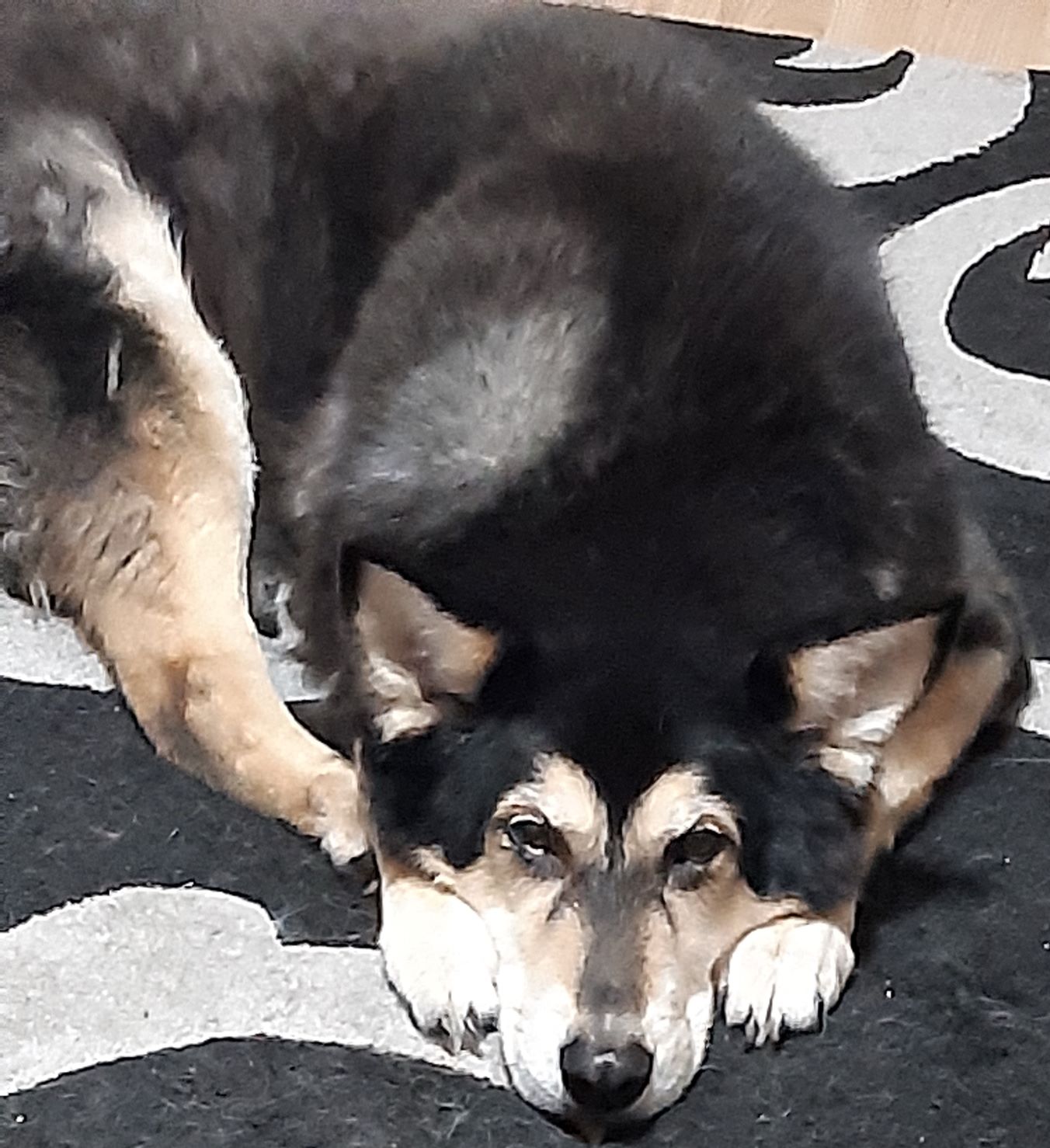 There will be one more post about this, on Monday. After that, I’ll be back to my regular schedule and content.

Until then, if you have any pets, give them a little extra love.