I never got around to posting my pictures from Taipei’s pride parade on October 28th.  The estimated attendance was around 130,000.  That’s down from nearly 200,000 last year, but a lot of that is due to COVID-19 preventing international travel.  Some people from across Asia travel here because they can’t have parades in their own countries (e.g. Indonesia, Malaysia), others simply because it’s larger than their own at home (e.g. Thailand, South Korea, Japan, etc.).

This isn’t the lot, just what I thought were the best.  Parts 2 and 3 from Taichung and Kaohsiung will come soon.  Also included are some of my Hallowe’en pics from work, where I still have to work “male”.  In past years it was Saturday night only, but this year it was two days of it, Thursday and Friday afternoons, leaving Saturday free for parties and the pride parade.

First, a pic with a friend.  I went dressed as a purple fox this year, complete with a tail attached to my clothes.  No, I’m not going to show that to you.

There’s more of me at the bottom from work, not the parade.  I don’t know how many pics are too many and will overload FtB’s bandwidth.  If there’s a limit, let me know. 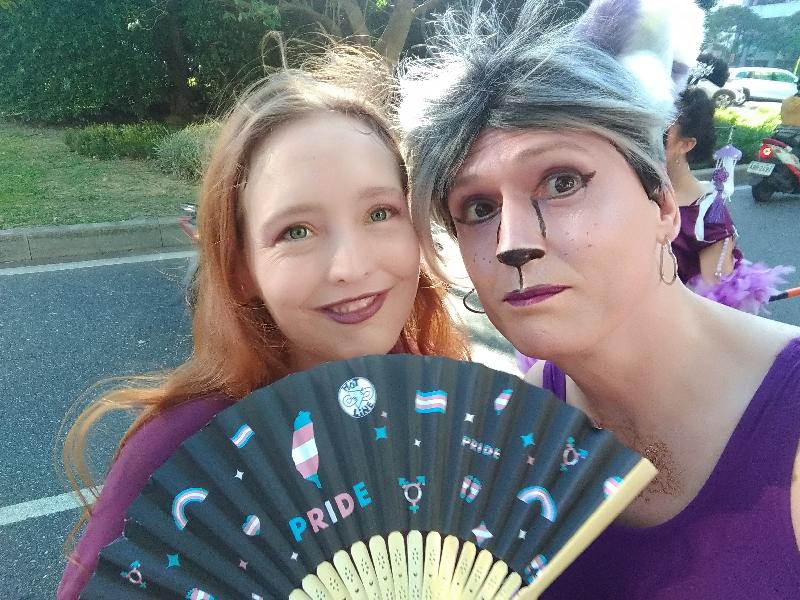 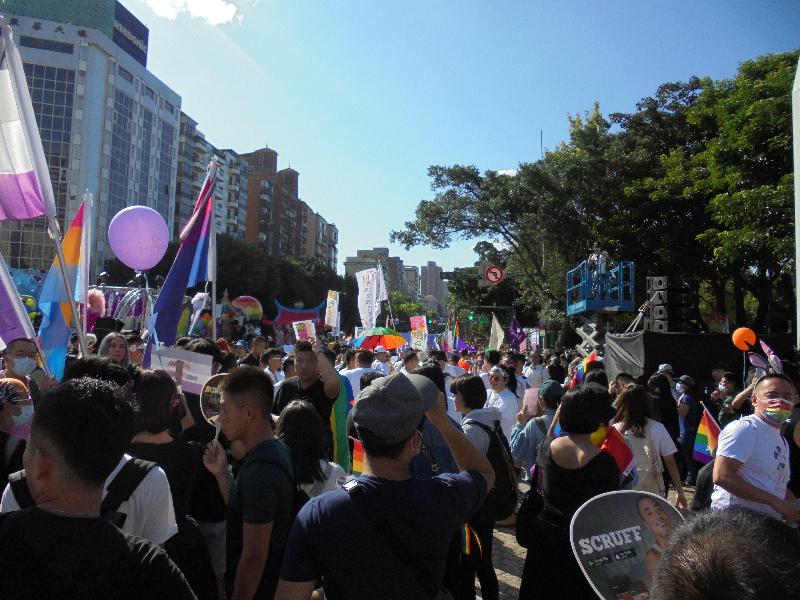 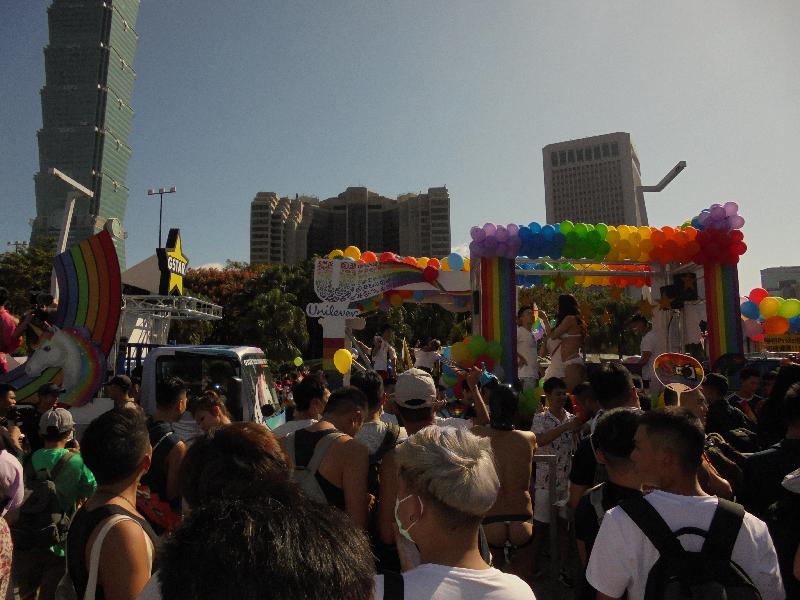 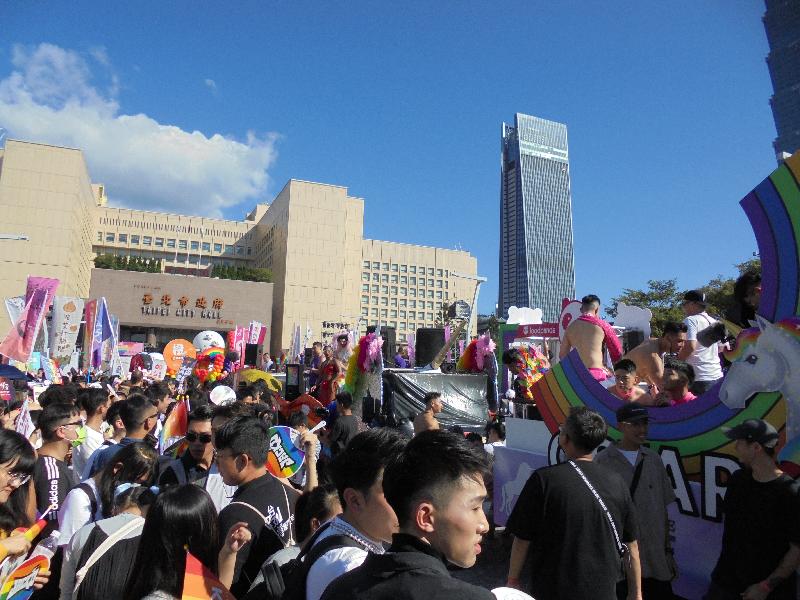 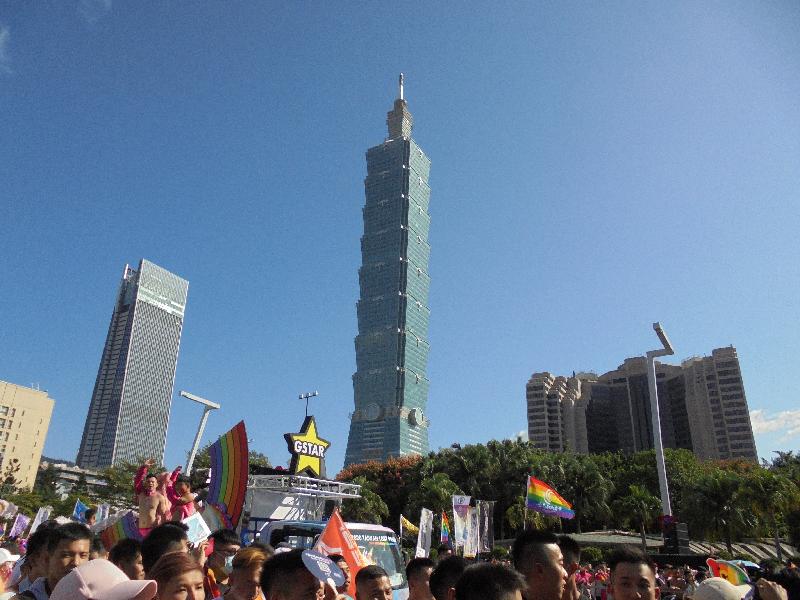 This was not the most NSFW picture of the day, not by a longshot. 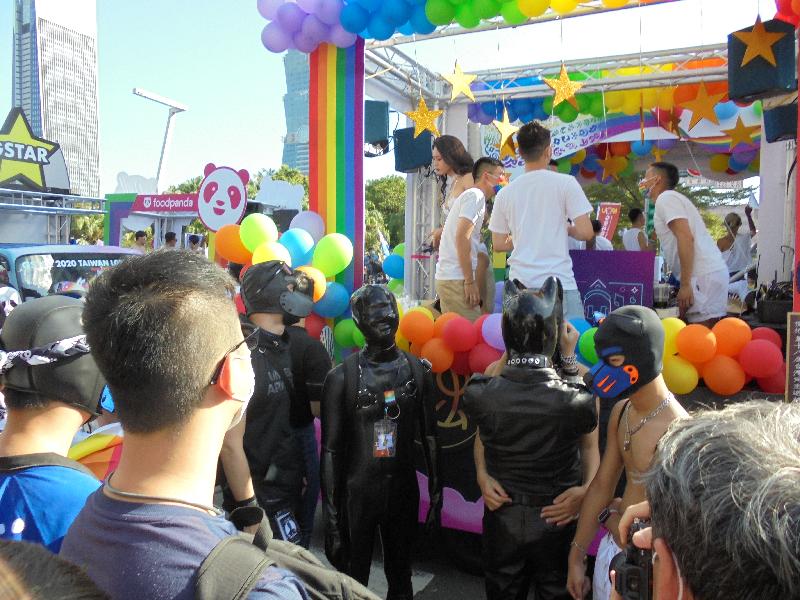 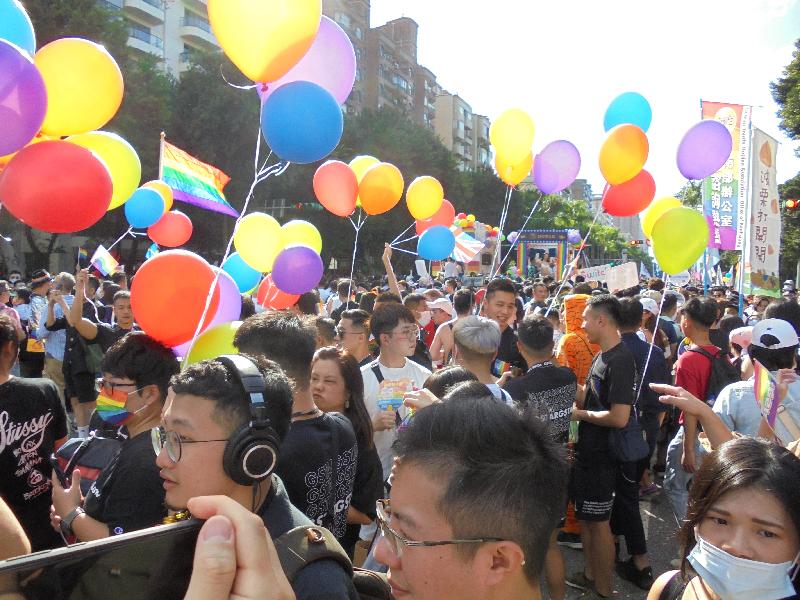 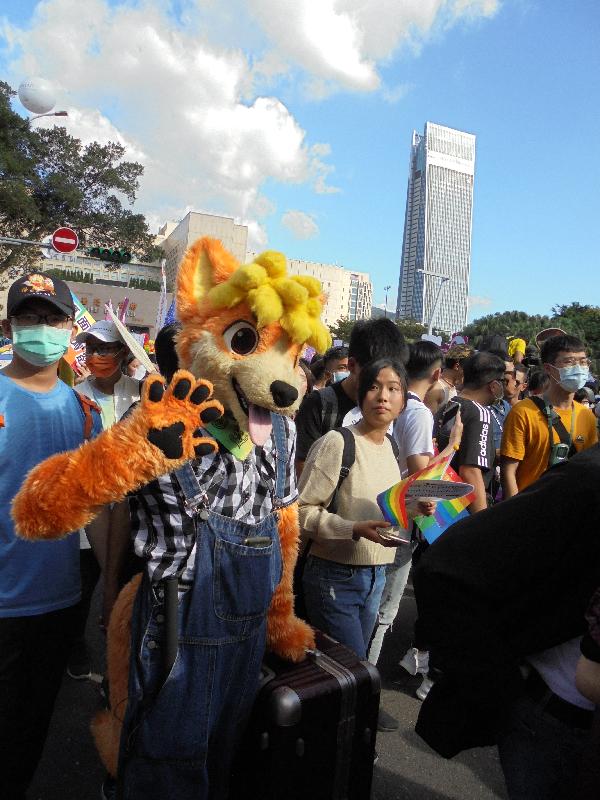 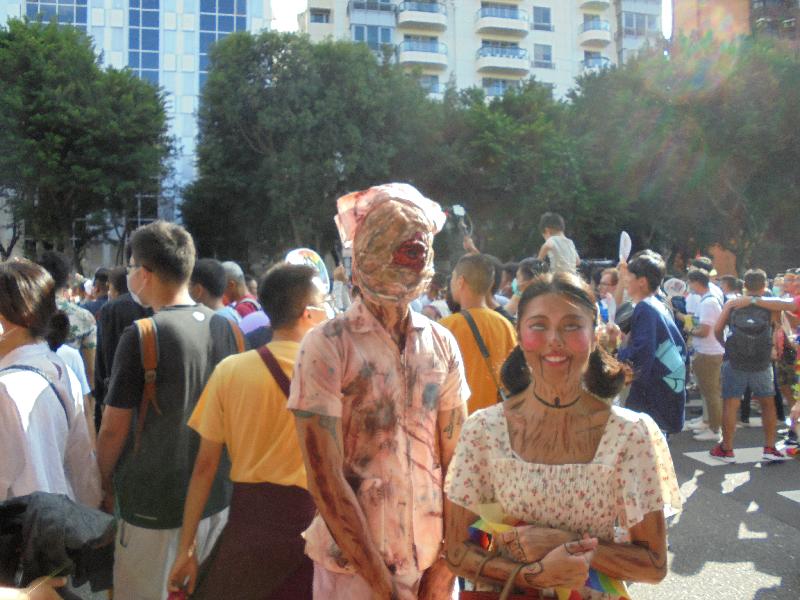 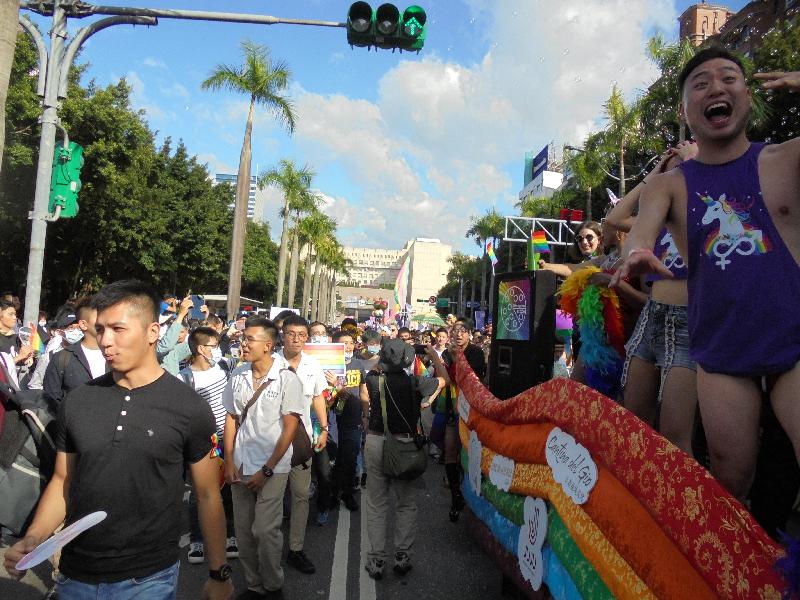 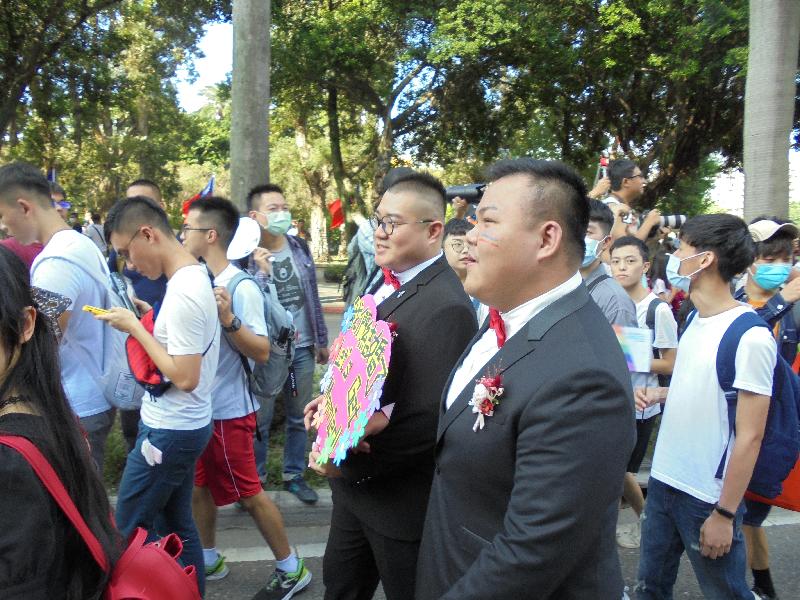 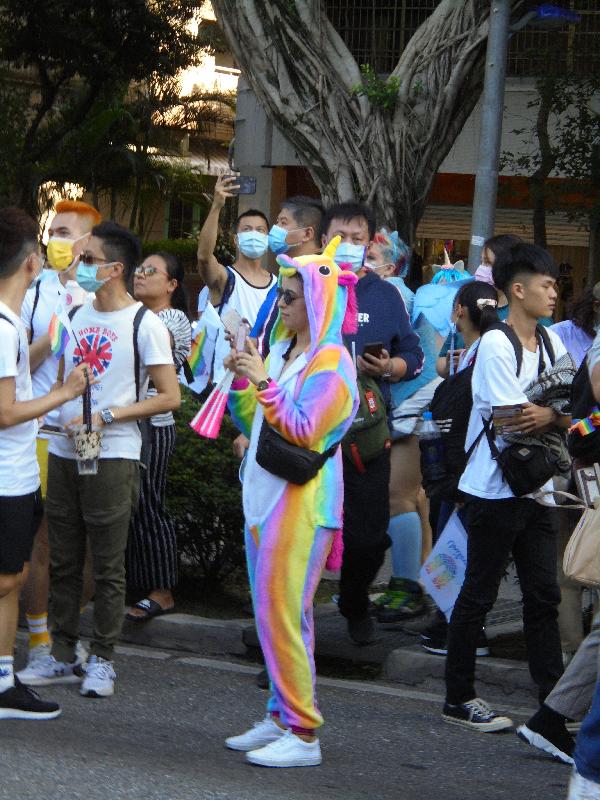 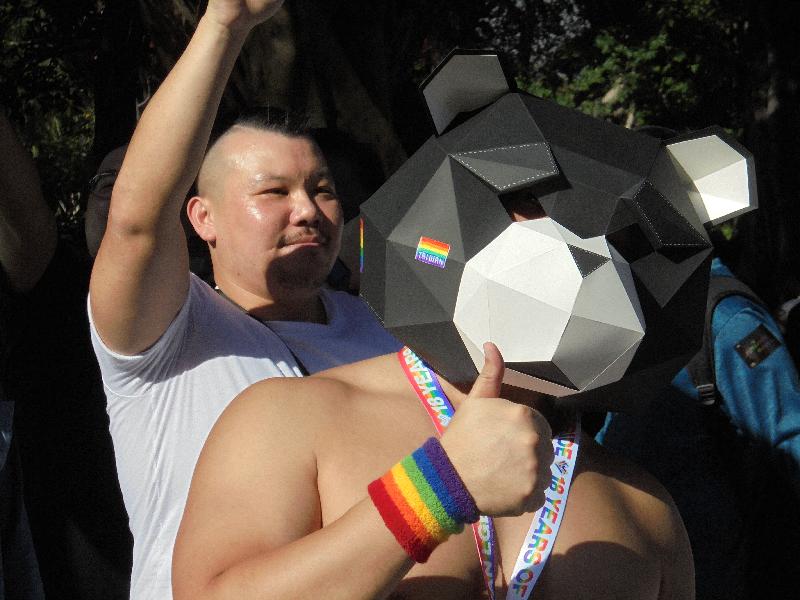 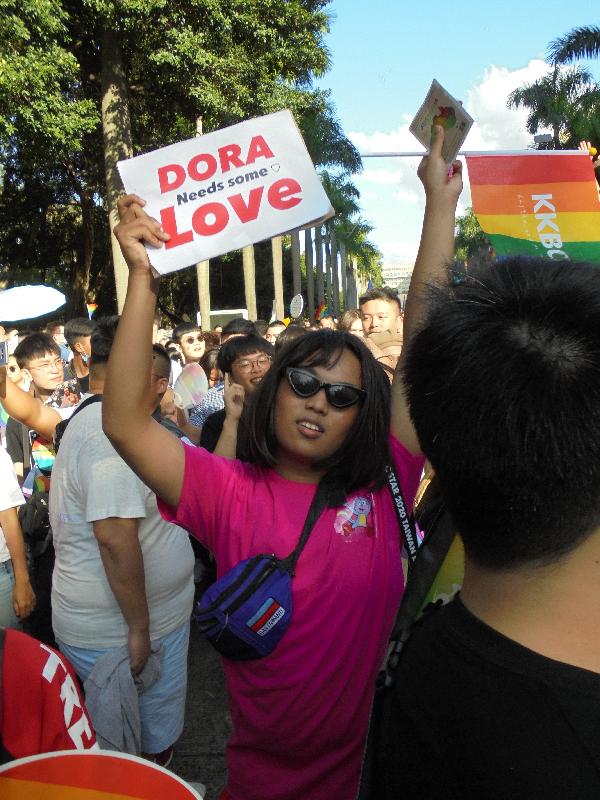 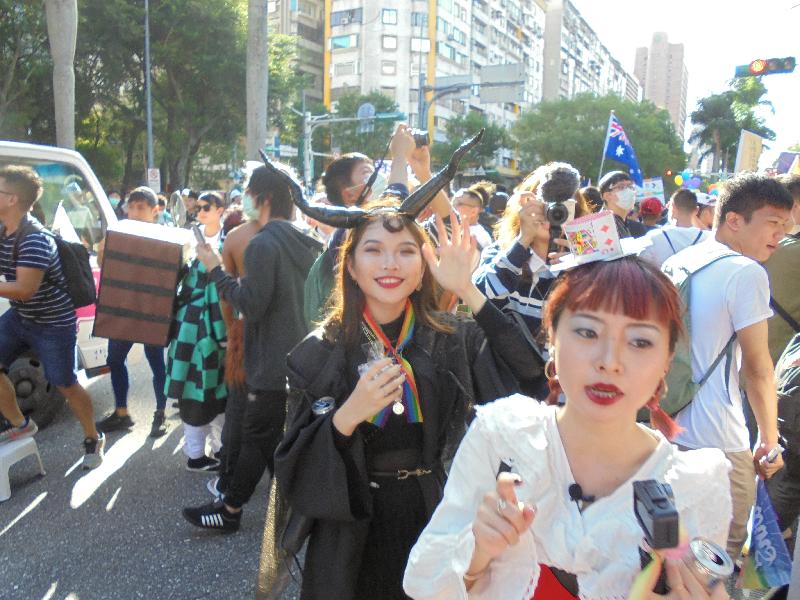 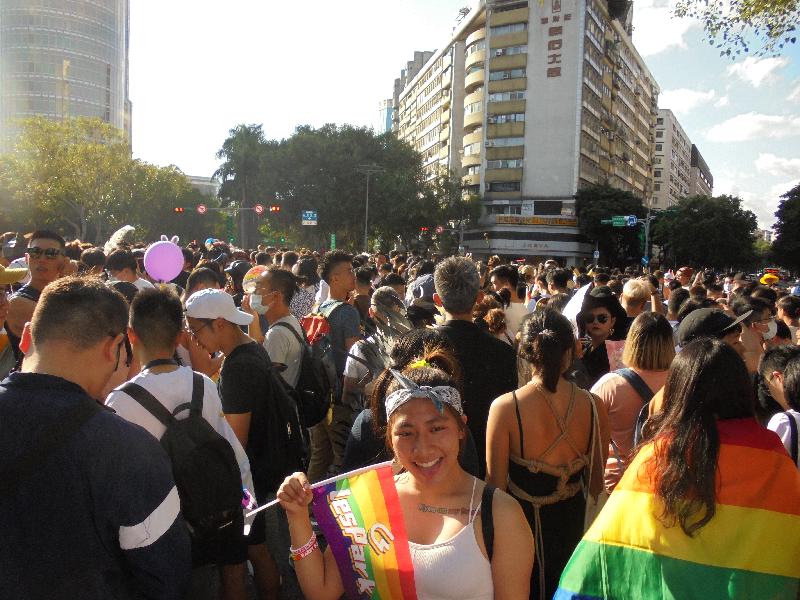 They are two of Taiwan’s Indigenous people, from the Amis people. 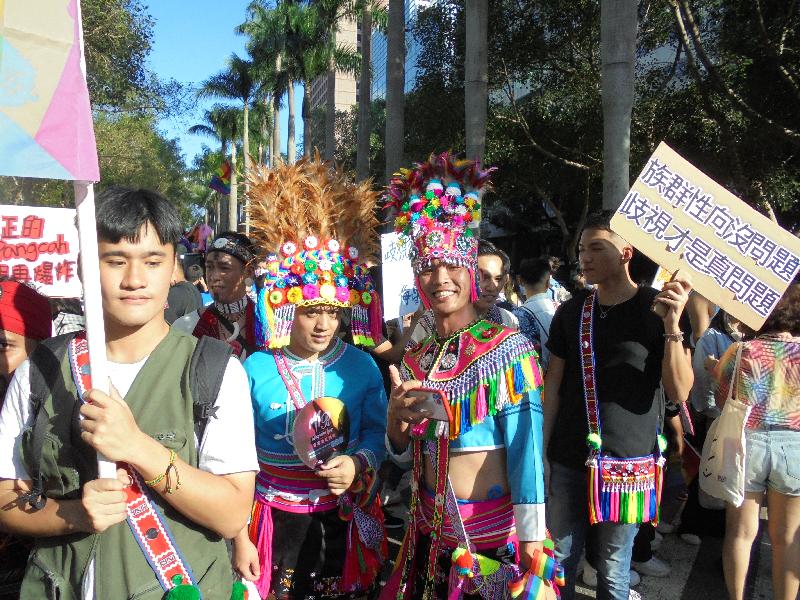 Again, this is not the most NSFW picture I have.  Several men walking in the parade were wearing only jockstraps and inserted toys.  You won’t catch me doing that in public.  (Whether I do in private is another matter.) 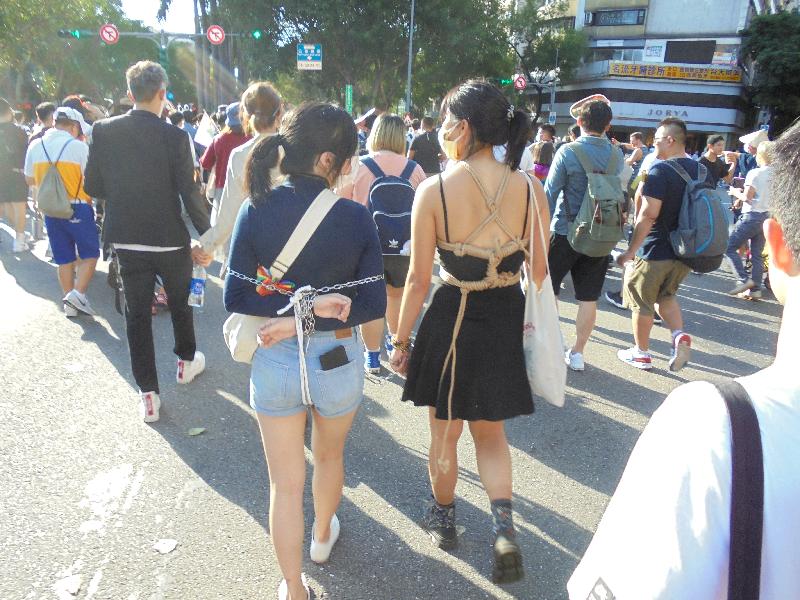 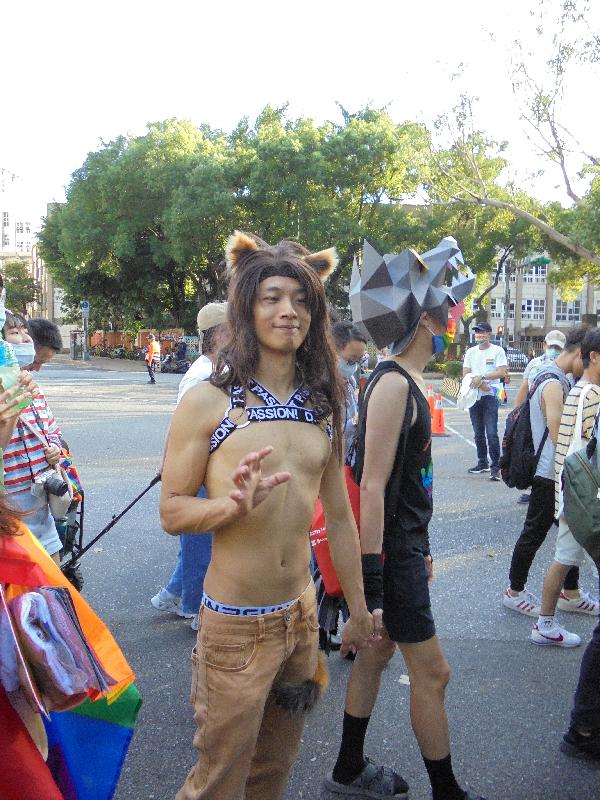 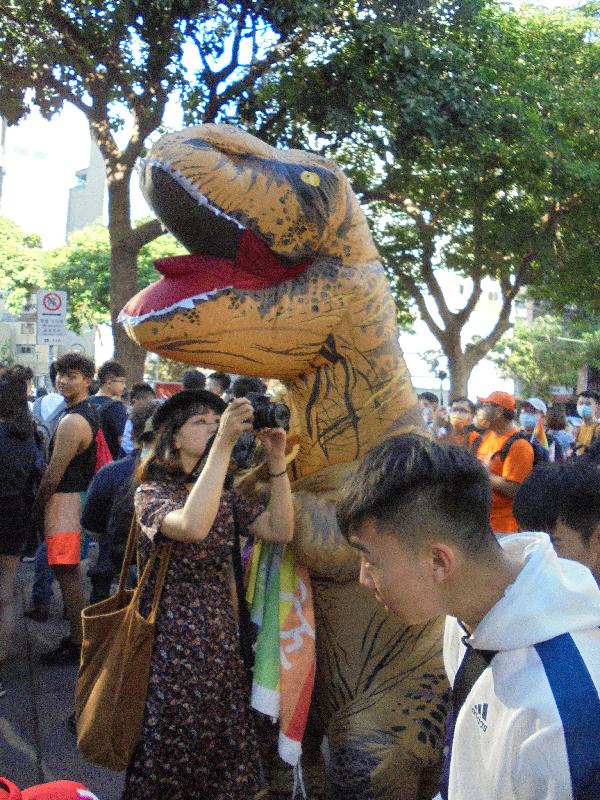 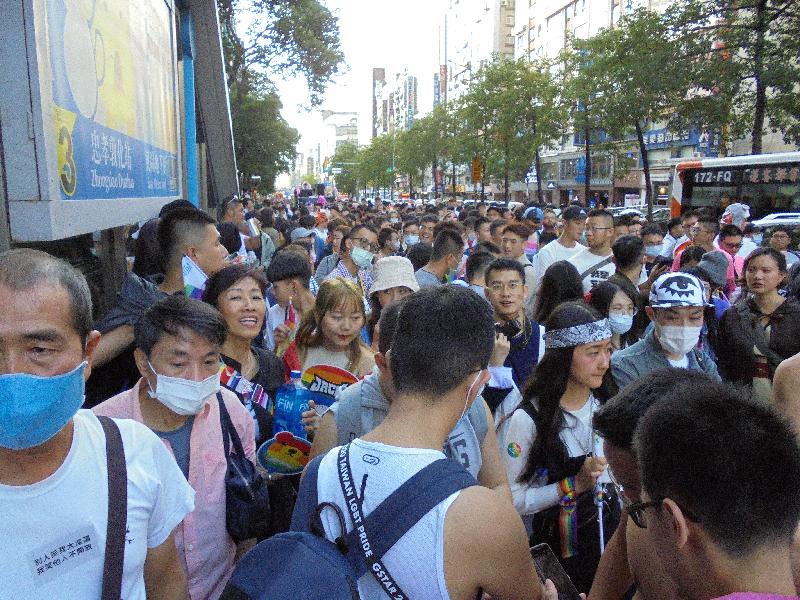 On Thursday, I dressed as a leopard.  The ears didn’t really match, but the top, leggings and makeup did. 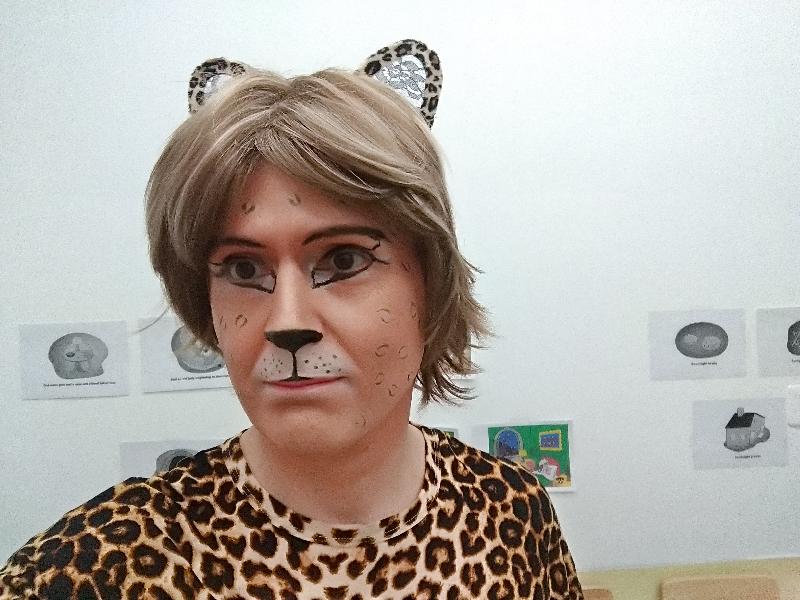 This one is more for the silly drawings on the whiteboard. 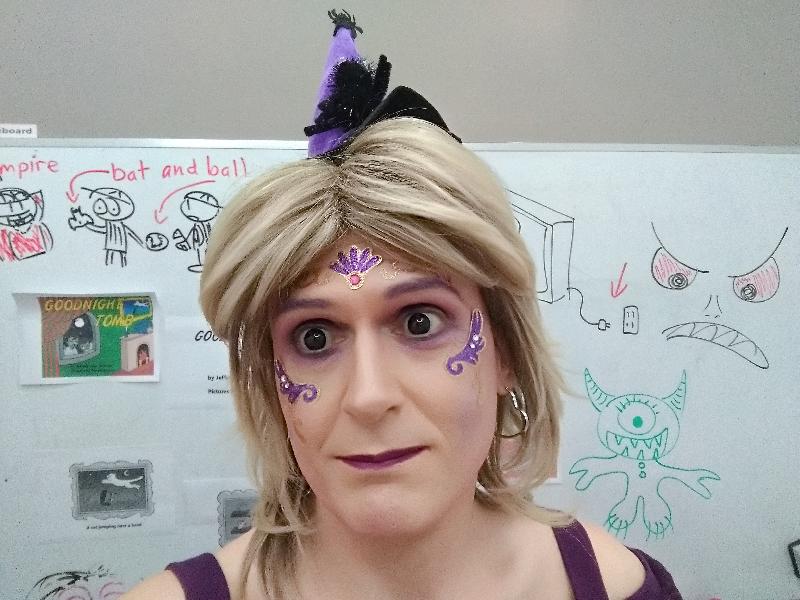 My favourite selfie of the day: 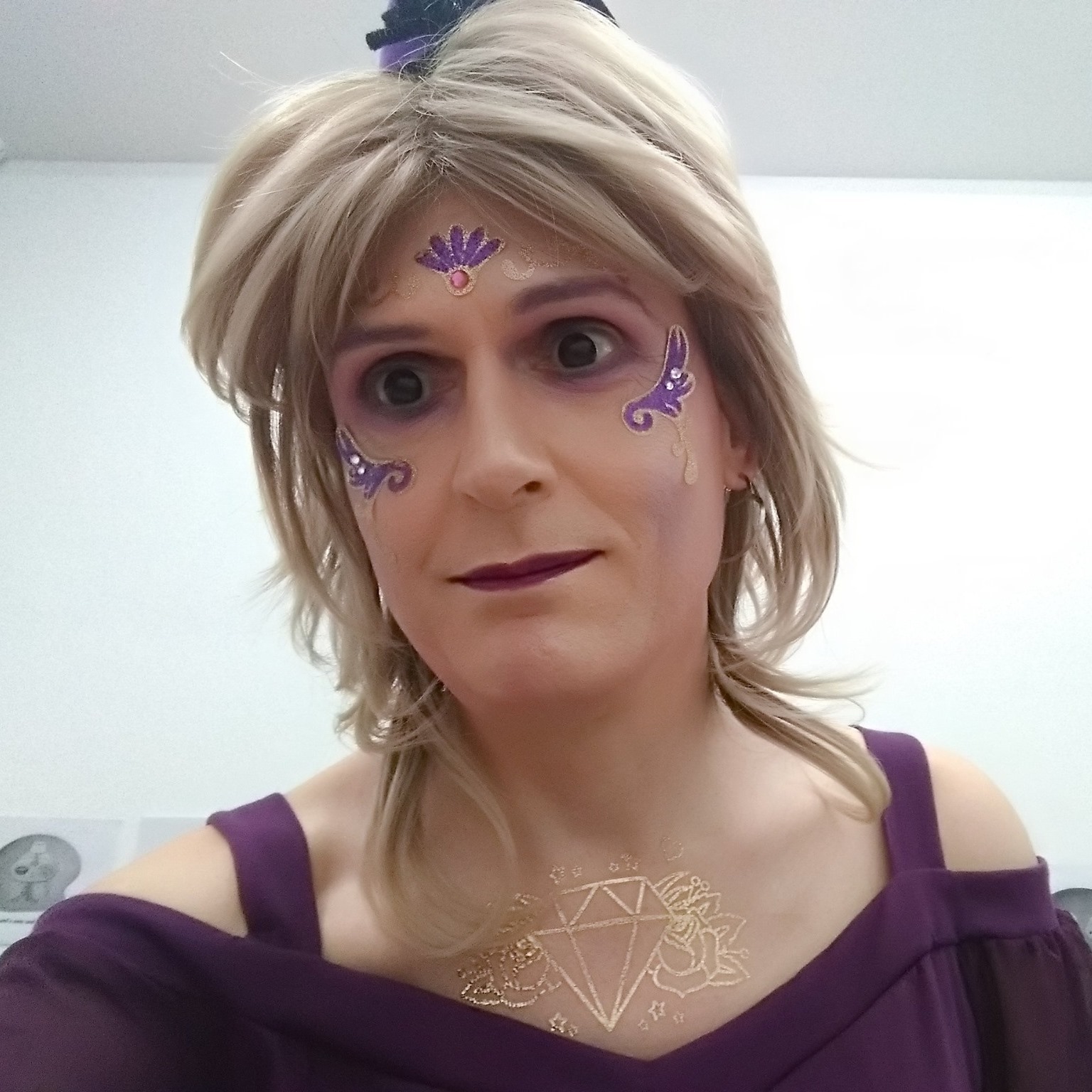 Face Off: Has anti-masker nonsense infected Taiwan, too? » « I Have Been Down, Lately….