NBC reports on Friday that the Three Mile Island nuclear power station in Dauphin County, Pennsylvania has been permanently closed because it was no longer profitable.  Poor safety and environmental hazards weren’t good enough reasons to close it, but money was.  There’s capitalism for you.

An acrid odor permeated Harrisburg as he walked out of a restaurant in Pennsylvania’s capital city the morning of March 28, 1979.

“We had this smell in the air, wondering what it was,” recalled Garver, 80, now a retired salesman. “Well it didn’t take us long to find out … that the accident started.”

Some 14 miles away, the “accident” was unfolding in Unit 2 at the Three Mile Island Nuclear Power Plant, triggering panic, confusion and, within days, an evacuation order.

Below is what I wrote about TMI on facebook back in March, on the fortieth anniversary of the accident.

On March 16, 1979, Columbia Pictures released “The China Syndrome”, a disaster-drama about a nuclear meltdown. The US’s nuclear industry angrily denounced it as “impossible”.

Instruments at TMI falsely told the site staff that a stuck valve in reactor 2 was closed when it was actually open, allowing coolant to leave the reactor without being replaced, nearly causing a meltdown. Pressure began to increase, causing an automatic release valve to open, releasing radioactive steam into the air. The site staff recognized the actual situation and brought the reactor under control.

The amount of radiation released from TMI shocked the public and the government because this was the first known nuclear incident since the Windscale incident in 1957. (The Kyshtym disaster in the USSR happened in 1957, but was covered up by the regime until the end of the USSR.) In terms of severity, however, TMI caused no more radiation poisoning to people or the environment than a chest x-ray.

Three Mile Island was a 5 on the International Nuclear Event Scale. Only three other level five events have happened, one level 6 at Kyshtym, and two level 7 events at Chernobyl in Ukraine and Fukushima in Japan. 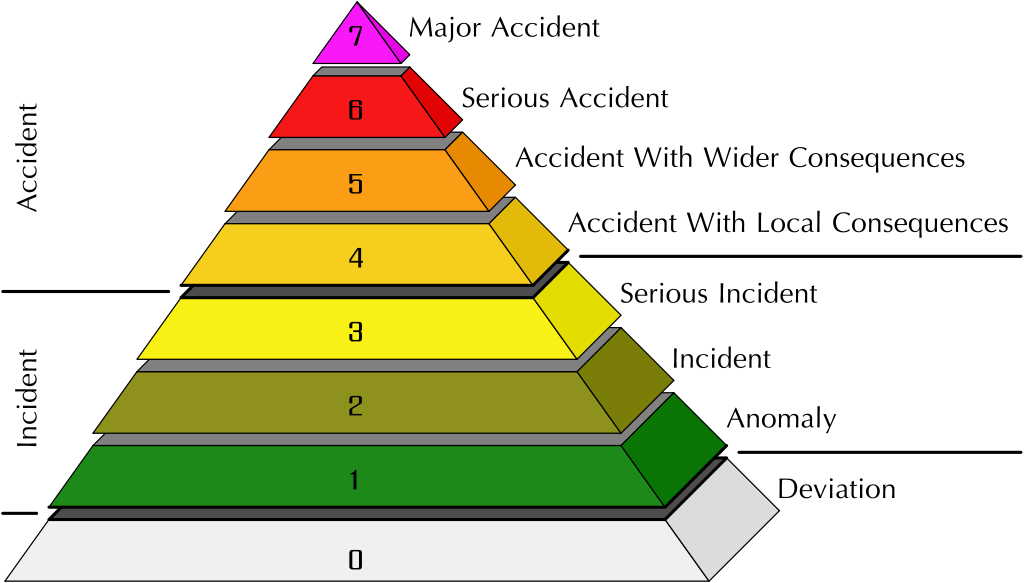 The term “China syndrome” infers that a nuclear core would melt the concrete floor of a reactor and “dig a hole to China”. This may have happened at Fukushima. No one actually knows how deep the core entered the Earth because robots sent in cease to function, damaged by the levels of radiation inside.