Mary King (Ward after marriage) was born April, 27 1827, and died August 31, 1869, age 42. Normally, I post bios on birthdays, but King is a special case.  She deserves to be remembered for her scientific work while alive, and what was lost because of her premature death.  The cause of her death should not be her claim to fame. 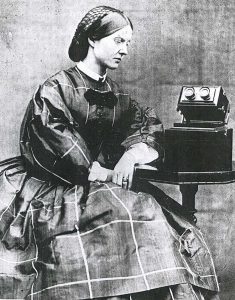 King was a naturalist, astronomer, microscopist, author, and artist. Her father and several other members of her family were scientists, but King was denied a university education because of her gender.  She persisted, and her family gave her a microscope, telescope, and other equipment. Through them she had regular mail correspondence with other scientists who had attended college. She was one of only three women on the Royal Astronomical Society’s mailing list, the other two being Queen Victoria and Mary Sommerville of Oxford College.

King tentatively published only 250 copies of her first book, Sketches With The Microscope.  London publishing company Groombridge republished it and the book became a bestseller with multiple editions over 23 years. She wrote five books in her life on entomology, astronomy, the microscope and other topics. She also wrote and edited for other scientists.

Most only know of King because of how she died: the first person killed by a motor vehicle. Her cousins’ steam powered car crashed, King was thrown off, and her neck broken when the car ran her over.

Here is a small collection of her sketches and a book cover.  Small, because few sites display any of them despite her books being in the public domain. 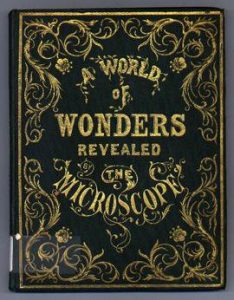 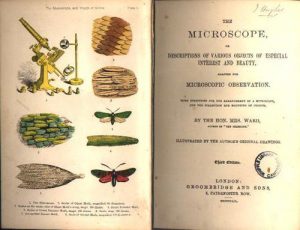 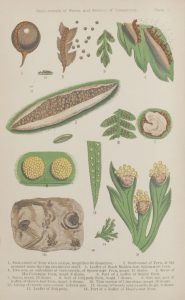 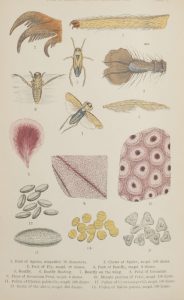 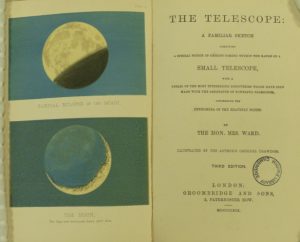 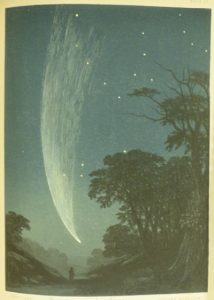 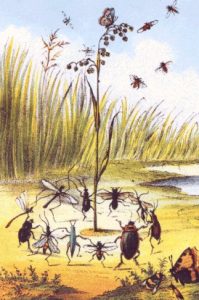 Learning Curves: You never know how ignorant you are » « Crime Waves: The murder of a foreigner in Taipei, Taiwan