If you’re on tumblr or a place that circulates screencaps of tumblr posts, you may have noticed a lot of Star Trek: Deep Space Nine images and memes.  If you’re an executive with rights to Star Trek content, you might be thinking – Yisss, paydirt, time for shitty DS9 reboot to cash in!  You are mistaken.  This is specifically a backlash against Star Wars going to hell in a handbasket.  I know this because I’ve seen a blog go from semi-ironic love for B-list Star Wars canon fodder to having zero SW and nothing but ST overnight, right around the time the mouse sharted out episode nine. 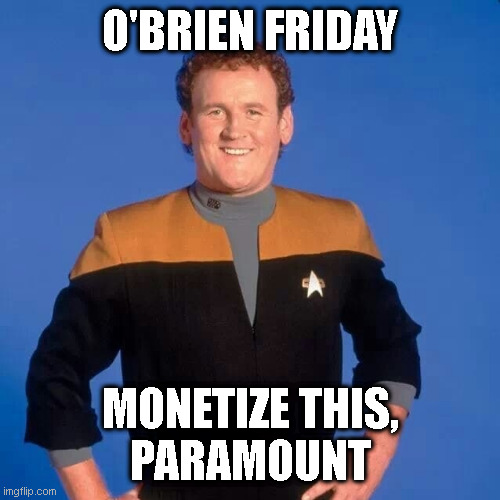 You’re begging for a backlash to the backlash if you go in like a greedlord.  I suppose you don’t care, but just understand this: DS9 Retread will not make money.  Not a bit.  Impoverished fandom dorkwads casting about listlessly after all the franchises and stars that they love turn to shit, these are not people with money to burn.  There’s hardly anybody left with money to burn.  We’re all wasting time dinking around on our phones until capitalism finishes eating itself and the survivors have to waste their time dinking around with radiotrophic fungus instead.

On another subject, Naomi never got any better. 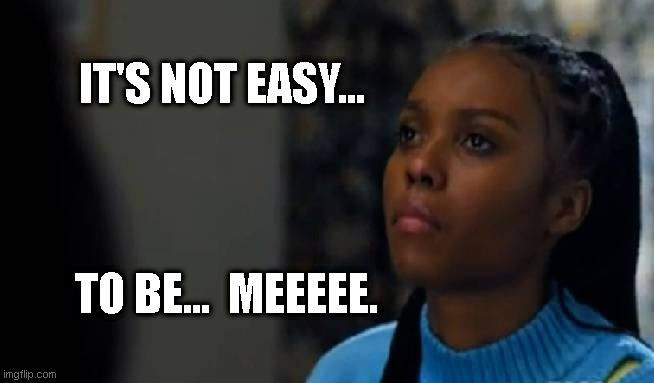 Remember when Stargirl made superpowers look fun and amazing and comic booky?  Never gonna happen here.  Superpowers are just whatever you can make happen with actors standing around and glowy shit painted in with after effects.  It makes them feel like an abstract idea in a bad way.  In action adventure done well, the power or skill a character possesses feels like their desire made manifest.  I will defeat the bad guy.  I want it bad enough that I can fly.  The character motivations just don’t move anything and the visuals are so lackluster that’s all you have.  Actors are fine, doing the best they can.  The writing is mediocre.  The sense of anything “super” happening is fucking abysmal.

I might be just about done with CW superhero shows.  The flagship primo properties all ended their run or are showing their budget in the worst ways.  The writing of the newest season of The Flash is full of budget-shaped plot holes.  Even in the best of seasons that show spends too much time on maudlin tragedy.  The last couple seasons the main actress Candice Patton has been sequestered from the crew by writing excuses so much it feels like she must have beef with them or something.  It just has me tired as hell.

Fucking Poaching … Srsly? » « What the Cock is this Real ID Shit