Watching the new superhero show “Naomi” about teenage girl who finds out she’s an alien superhero like Superman.  OK, I’m not the target demo.  But still, the writing feels mighty half-assed and poorly conceived.

Most of the other superhero shows have the advantage of featuring a cultural icon that comes with some measure of prior awareness.  If you’re going to make a new superhero, you’re starting at a disadvantage, so you’ve gotta come strong.  You need a hook.

That isn’t as hard as it sounds.  You might not go with the very first thing that comes to mind, might take a few minutes to hit something good.  Maybe a few days if you’re having a bad time.  The hook isn’t the same thing as the fabled “idea” that will make your story the next big thing.  This is just a basic entry point for the narrative, one compelling situation or mystery to get people invested.

Black Lightning had a good one.  What happens when a rusty superhero is tempted to come out of retirement because the crime in his community affects his family?  There’s the appeal of seeing a busted old dude recover a measure of his youth (relatable for busted old dudes, lots of movies about that theme), the current fight itself, the mystery of why he fell off in the first place, and a half dozen compelling character relationships hitting the screen in the same episode.

If we’re going to give it the benefit of a doubt, let’s say Naomi has a slow burn.  We’ll find out about the hook gradually, parting veils of little mysteries along the way.  Feels like a terrible way to start.  Let’s look at the mysteries.  Naomi is adopted – but it’s cool, family is nice.  Naomi has a health problem and is fainting sometimes, but nobody’s worried enough to take her to a neurologist.

Naomi likes Superman and there was a sighting downtown that she missed.  Superman is a fictional character or cryptid in this world so she’s investigating it on the assumption it was a “stunt” somebody staged.  Basically the most exciting thing to happen in the show is a non-thing that the hero wasn’t even there for.

Let’s look at the relationships.  Naomi’s adoptive parents?  Nice.  Not compelling.  People in town are all on a first name basis, which is a bit weird, but they don’t know each other all that well, so…  Not compelling.  There are spooky guys that run a car dealership and a tattoo parlor.  Ooh.  Naomi has like three different friends who want to date her.  Whaaat? 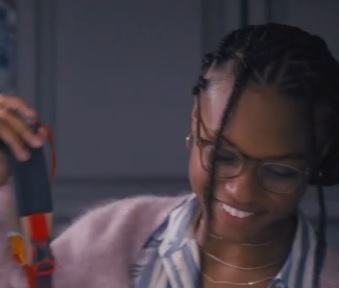 all my friends are hot for me

That could be interesting, if a bit insulting to the dignity of the suitors.  But since she isn’t going for any of them, they could go for anyone else at any time without it having any emotional stakes for her.  What if they fight each other, like when Odysseus trashed all those bozos?  No, two of them are kinda terse with each other and the third never interacts with the other two.  What if the suitors cause her strife?  No, she’s just sorta awkward friends with all of them.

By the time it’s revealed in episode two she’s an alien with superpowers, it feels like, eh, whatever.  Her BFF takes the news like NBD and that feels reasonable, tho by now her own mild excitement in no way mirrors that of the audience.

I’ve written stuff this tepid before and I’ll probably do it again.  I’ve got this approach to writing where I ask myself questions and answer them.  That can be good, or it can produce something as rote as a job interview.  This feels like the result of that process.

Naomi wasn’t a story somebody wrote because of inspiration, it was written to order for a project – or off a pitch with no actual story ideas behind it that got greenlit.  I understand it’s a comic adaptation, maybe the original comic was like that.  Or maybe the adaptation eschewed enough of the original story that it was written from scratch in this way.

I don’t know how it worked in this particular writer’s room.  Probably their process was kneecapped by time constraints, or interference, or budget?  But there’s a lot of ways to prevent this.  They mostly amount to the same thing.  Don’t go with your first answer, your first impulse.  Think about it – is this really entertaining? – or get input from somebody else, or do some kind of activities to stimulate a genuine feeling of inspiration and look at that story again.

Another problem which is bad, though less fundamentally bad, is that there are a lot of situations and scenes that strain credulity or just make zero sense, or seem like they’re only happening because shit like that happens in TV shows.

The most extreme example in episode two has Naomi and all her little suitors and friends in a spooky abandoned mill when the scary car dealership man shows up and says, “We gotta talk Naomi, I know your scoobies broke and entered my car dealership.  That’s a misdemeanor.”  She says, “If I talk will you let let my scoobies go?”  The scoobies are like, “If Naomi says that’s a good idea we should all just go along with it, for reasons.”  You might be wondering by now why car dealership man is scary, and the answer is mostly the way the camera frames him.  This show is a sad mess. 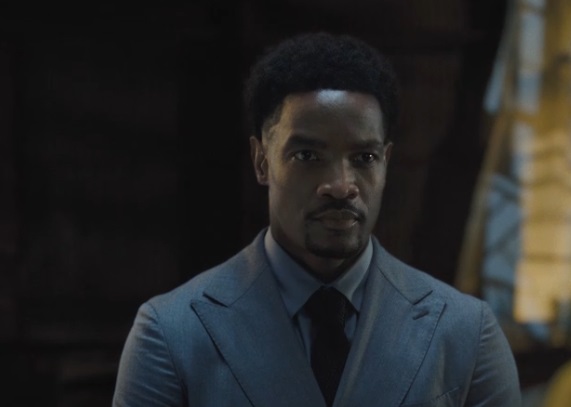 i’m so scary that my suit don’t fit

I’ll probably watch more anyways.  I’m watching the new Superman show for which I am *really* not the intended demographic either (namely people who want desperately to believe conservatives have redeeming qualities and can be reasoned with).  I don’t have any streaming services and not much else to do in these interstitial moments.  I’ll post on it again if it gets any better.