The Speculative Poets in Conversation Series features interviews with writers of science fiction and fantasy poetry about how their work addresses social justice issues. For the fourth post in the series, I spoke with poet Holly Lyn Walrath about her 2018 chapbook Glimmerglass Girl, published by Finishing Line Press.

Holly Lyn Walrath’s poetry and short fiction has appeared in Strange Horizons, Fireside Fiction, Luna Station Quarterly, Liminality, and elsewhere. Her chapbook of words and images, Glimmerglass Girl, will be published by Finishing Line Press in 2018. She holds a B.A. in English from The University of Texas and a Master’s in Creative Writing from the University of Denver. She is a freelance editor and host of The Weird Circular, an e-newsletter for writers containing submission calls and writing prompts. Find her on Twitter @HollyLynWalrath or at www.hlwalrath.com.

Freethinking Ahead: In the introduction to Glimmerglass Girl, you note that the collection “is a fantastical account of womanhood [….] that draws upon my personal experience.” Readers encounter in the poems the mundane details of a present-day life, which are punctuated by references to other-worldly places and beings, such as in “Espejitos,” “Self-Portrait through an iPhone,” “I am Going to Find the Unicorn,” and others. Do you see womanhood as a sort of balancing the otherness of the fantastic with the ordinary of the mundane world? 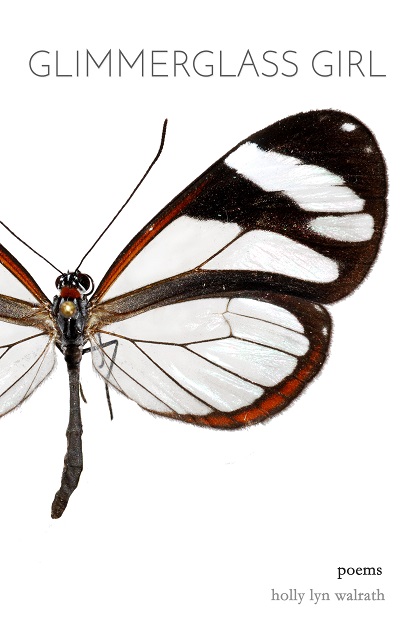 Holly Lyn Walrath: I’m very interested in the speculative writing of contemporary women authors, which in my opinion re-evaluates how women approach our bodies. Historically, the woman-as-fantastic tradition in fairy tales and fiction has been written by men. We’ve only just begun to challenge the so-called ideals of what it means to be a woman. The fantastic is one way to do this—to embrace the othering of women’s bodies and make it our own language.

FTA: Many of the poems in this collection have references to or are evocative of Texas, such as “I Want to be a Grackle, I Want to Caw,” “Blue Cadillac,” and “Premise of the Heart.” How does this sense of place affect your creative process? And since Texas can be a complicated place for women, given its politics and culture, how do you see place as a part of your aim to depict womanhood?

HLW: I was born in Texas and have lived here for most of my life. The beauty of Texas and its conglomeration of cultures are definitely a part of me. I currently live in southeast Houston near all the oil and gas refineries, so those landscapes get into my work unconsciously. As much as I acknowledge that I’m a southern girl who loves country music and fried chicken, I also struggle with the politics of Texas. The lack of access to healthcare and alarming rate of maternal mortality rates reinforce this idea of women’s bodies being othered. There’s still a lot of shame in this state about womanhood, gender, and mothering. I grew up Baptist and I see the harm that can come from the church in regards to women’s identities. But there’s a lot of strength in southern women. “Blue Cadillac,” is an homage to my grandmother, who wore white gloves to church and was as outspoken as a matriarch can get. I don’t think I’ll ever stop writing about this place I call home, because Texas is a complex, beautiful, gritty, difficult, and kaleidoscopic state.

FTA: In “I Swallowed the Moon,” personal details show the moon as an object readily consumed by the speaker of the poem as a medium for her imagination, then later as something “haunting” and outside the known. When the speaker at last consumes the moon whole, she has “doomed the world.”

I read this poem first in a literal, speculative mode–a woman dooms the world by consuming this symbol of feminism when using it as a medium for creation no longer satisfies her appetite–and on rereading as a metaphorical exploration of the dangers of consuming myths and their implications. How do you approach myths and fairy tales, especially the “unfulfilled fairytales” of “Behind the Glass,” as both source material to be consumed and to be wary of? 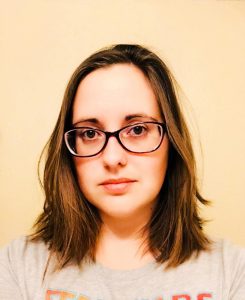 HLW: For me, fairy tales began with Disney. I grew up in the generation that knew the golden age of Disney as not just something to be consumed but as a kind of religion. We lived, breathed, and ate (in the form of kid’s cereal and snacks) Disney. However, as much as I love them, those stories are being reexamined today for their implications. Women were taught to be princesses, not queens—damsels in distress, not heroes. But when we grow up, we realize those stories set false expectations. I’m in love with the new Disney stories like Moana, Rogue One, A Wrinkle in Time, Brave, and The Incredibles because they give girls new options. We’re redefining what a fairy tale means and where women stand in the narrative.

FTA: Can you recommend a couple speculative poetry collections that share the same themes as yours? And are there Texas poets you’d like to recommend to the readers of Freethinking Ahead?

HLW: I love the work of another Finishing Line Press poet and Houstonian, Saba Syed Razvi. Check out her 2017 book, Heliophobia, nominated for an Elgin award. Other poets who inspire my work are Rose Lemberg (Marginalia to Stone Bird, Aqueduct Press, 2016) and Kayla Bashe (Glitter Blood, 2017).