We secularists are in a tough spot. Religion has dominated the political and social landscape for so long that it is held by many to be an intrinsic value, and one that ought to be free from criticism. Of course this is nothing but special pleading – no ideas are sacred, criticism is the only way we figure out which ideas are good. That being said, there is a reality that the challenge of secular society must take into account that people do have an intrinsic right to belief and conscience, and we have to respect those rights. However, if the goal is to create a society that establishes equal rights for all people, the secular agenda will often come into conflict with the religious agenda. In cases like that, there is a right way to handle it, and an unbelievably stupid way to handle it.

So now it’s time for another “Good Idea, Bad Idea”

Good idea: treating a church with the same respect that you would treat any other business in the conduct of a criminal investigation.

As well as searching a couple of main Church offices and a cardinal’s home, [Belgian] police had drilled holes in two archbishops’ tombs, said the Church.

Personally, I don’t share our society’s taboo about death. Once you’re dead, that’s it. You’re beyond caring about what happens to your body after you die – “you” don’t exist anymore. You could dress up my dead body in a Klan robe if you wanted to… I’d be too dead to notice. However, the way we treat our dead does have consequences for those who are still alive. We respect the integrity of the dead person out of respect for those who knew him/her, and because it shocks the conscience to see a body’s resting place violated. There are occasions in which it is reasonable to violate this respect, if the consequences to the living warrant it. However, drilling holes in tombs to find allegedly secreted documents of sexual abuse is extreme, and doesn’t do our side any favours. Just because some priests have done horrible things does not in any way justify the mistreatment of priests in general. They have the same rights as any person, and should be treated with the respect we extend to anyone else. Bad job, Belgium. I prefer my Tomb Raiders to look like this: 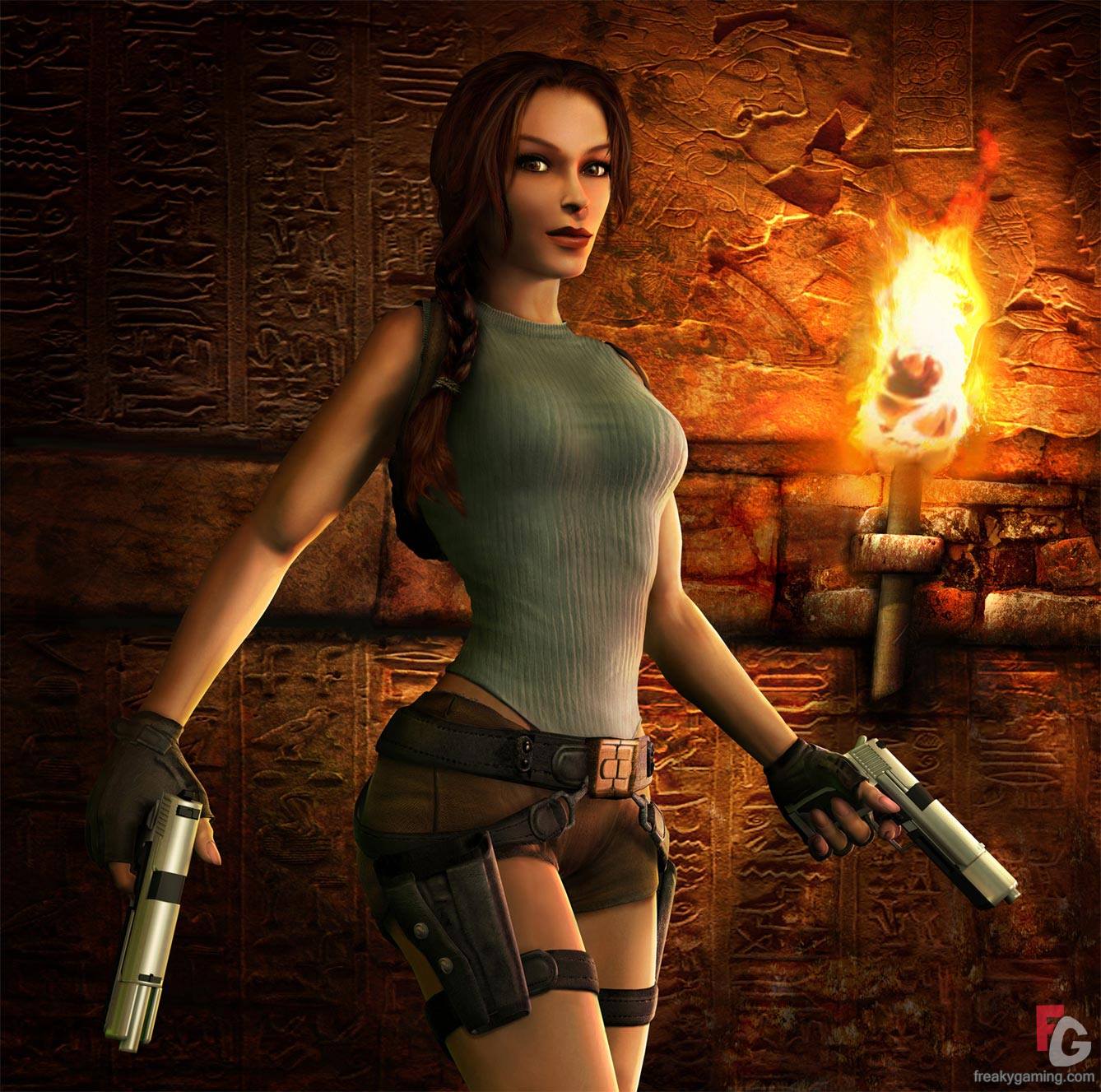 Good idea: granting freedom of religion and freedom of conscience to people.

Bad idea: letting “freedom of religion” trump reason in the court of law:

In a decision handed down Friday, Justice Gérard Dugré agreed with Loyola’s opposition to teaching [a provincially-mandated course on ethics and morality] on the grounds of religious freedom. Loyola argued the course was redundant because the school already offers instruction on ethics and morality from a Catholic point of view.

As much as I hate to dictate interpretation of the Charter to a provincial judge, Justice Dugré has fundamentally misapplied the concept of freedom of religion. Freedom of religion means, at its essence, that individuals are free to believe and practice as they like. It does not grant special immunity to people from hearing ideas they don’t like, or that conflict with their prejudices set down in magic books. The province of Quebec mandated that all schools must provide instruction in ethics. I am not sure how easy it is to teach ethics to schoolchildren, since their brains are not sufficiently mature to reason abstractly, but surely people of any age can be taught not only what is right and wrong, but be at least introduced to the reasons why. That’s what ethics is – a branch of philosophy that deals in why things are good or bad, not simply a list of commandments.

I have received religious “moral” instruction. Catholic morality is based on the idea of the supremacy of Yahweh, in the teachings of His son Jesus of Nazareth, and the Holy Spirit of Yahweh that dwells within all people. According to Catholic teaching, the Holy Spirit reveals right and wrong to faithful believers, who may use doctrine and scripture (if you have to) to discern between the righteous voice of God and the evil temptations of the Devil.

Of course this is wildly impractical, since it doesn’t really help you work through what is good and what is bad in those situations where doctrine is ambiguous and scripture is contradictory. It also begs the question of how we know doctrine and/or scripture are correct. It’s basically just paternalism – “we know what’s right and wrong. If you get confused, blow this whistle and I’ll come help you.” Religious doctrine and scripture can equally be used for good or for evil.

Requiring students to learn about ethics and the religious teachings of other groups is a great way to instruct them on what processes are available to them to work through issues of right and wrong. If that process conflicts with their religious sensibilities (or, more accurately, those of their parents), then a frank discussion is required. That’s the way freedom of religion works – we can’t tell you what to think, but we can equip you with tools so you know how to think. Education is the purview of the provincial government, who passed a law requiring students to learn ethics. Unless you can demonstrate that the law violates the Charter, the government is free to pass it.

However, it is absolutely false to claim that requiring private schools to abide by the curriculum infringes on freedom of religion. It is no more true than it is to say that laws against murdering your children violate the religious freedom to conduct honour killings, or that laws requiring vaccinations to go to public school violate your religious freedom to stave off measles with a bag of dried chicken heads and a sharp stick. Justice Dugré has acquiesced to the special pleading of this Catholic school, that they should not have to teach their students anything that doesn’t agree with their Christian beliefs. Would we tolerate this same exception for Creationism instead of science, or scripture instead of literature, or prayer instead of phys-ed? I sincerely hope not.