Good; that’s exactly what I was hoping for – a loud standing ovation. The New York Times reports that’s what Charlie got.

Two members of Charlie Hebdo, the French satirical magazine, took the stage to a thundering standing ovation at PEN American Center’s literary gala on Tuesday night, capping a 10-day debate over free speech, blasphemy and Islamophobia that started in the cozy heart of the New York literary world and spread to social media and op-ed pages worldwide.

Good. I was afraid the misinformed and self-righteous protesters would make enough of a dent that the reception would be shamingly, painfully tepid, which would have been dreadful.

Accepting PEN’s award for “freedom of expression courage,” the magazine’s top editor, Gérard Biard, summed up the publication’s belief in the unfettered right to mock all religions, ideas and belief systems, and leveled a riposte at the Muslim extremists whose attack on Charlie Hebdo in January left 12 people dead.

“Being shocked is part of democratic debate,” said Mr. Biard, who accepted the award with the magazine’s film critic, Jean-Baptiste Thoret. “Being shot is not.”

Being threatened with being shot is also not.

Outside the museum, about two dozen police officers, some heavily armed, stood on the sidewalks as guests filed in — a reminder not only of the attacks on Charlie Hebdo, but also the assault on Sunday against a Prophet Muhammad cartoon contest in Texas. A lone protester held a handwritten sign: “Free speech does not deserve death/Abusive speech does not deserve an award.”

Opposing viewpoints were harder to find inside the gala, where some 800 guests mingled with celebrities like Glenn Close, who presented a lifetime achievement prize to the playwright Tom Stoppard.

Salman Rushdie, who had slung some unpublishable insults at the protesters on Twitter, said the affair had been “damaging and divisive” but instructive.

Just the one “unpublishable” insult, I think; the one about pussies, which he later withdrew.

“In the last 10 days, the Anglophone world has been given enough information to understand that Charlie Hebdo is the exact opposite of the racist publication it has been said to be,” he said.

But has a single protester backed away or apologized? Not that I know of.

In a meeting with The New York Times’s editorial board on Thursday, Mr. Biard said that Charlie Hebdo attacked belief systems, including all religions, not groups. He cited the results of a study in the newspaper Le Monde indicating that only seven of roughly 500 Charlie Hebdo covers published from 2005 to 2015 primarily mocked Islam. “We’re not obsessed with Islam,” he said. “We’re dealing with politics, with other religions.”

The gala highlighted the magazine’s anti-racist history. The French-Congolese novelist Alain Mabanckou paid tribute to the magazine’s belief that “there were no taboos when it came to exercising free speech.” Dominique Sopo, the president of the French anti-bias group SOS Racisme, flew in from Paris for an unannounced visit.

“It is very important we do not kill those who died a second time by raising a polemic like this,” he said, referring to charges that the magazine was racist. “Remember that Charlie Hebdo stands for anti-hatred.”

It’s beautiful that he was there. 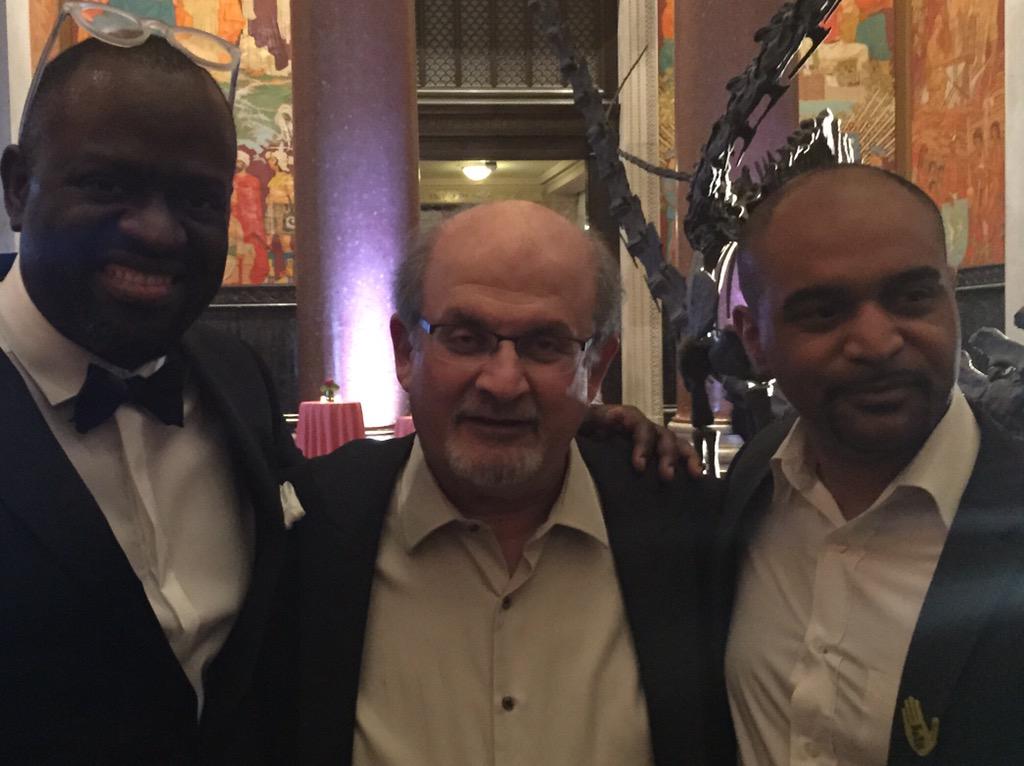 Judicious use of “controversial” plus scare quotes » « PEN Gala