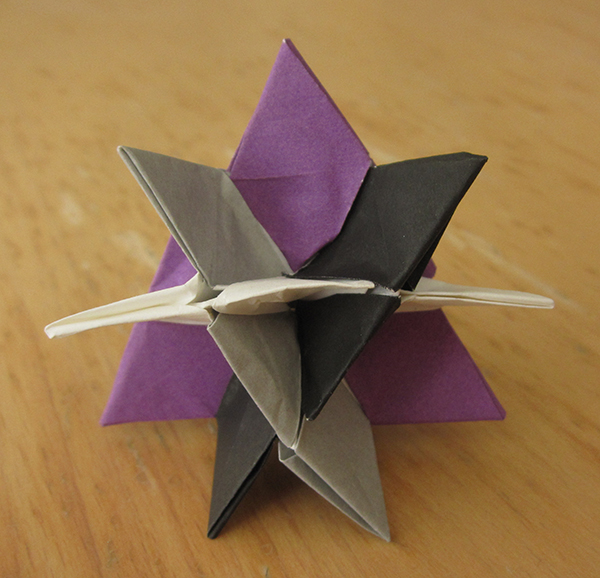 There are two things to talk about in this model.  First, the color scheme is taken directly from the ace flag, which feels timely because last week we were just marching in pride parades.  I really like the color scheme of the flag, and also like how easy it is to make these references even in a very abstract art-form like non-representational origami.

Second, there’s the model’s design.  This is an entirely original design, although it’s based on Tung Ken Lam’s WXYZ Triangles.  Folding diagrams, discussion, and mathematics below the cut.

The Skewed WXYZ is more difficult to make than the classic WXYZ, so I suggest trying that model first.  I make these diagrams for personal use, and they are not very clean, but it’s nice to have the information publicly available. 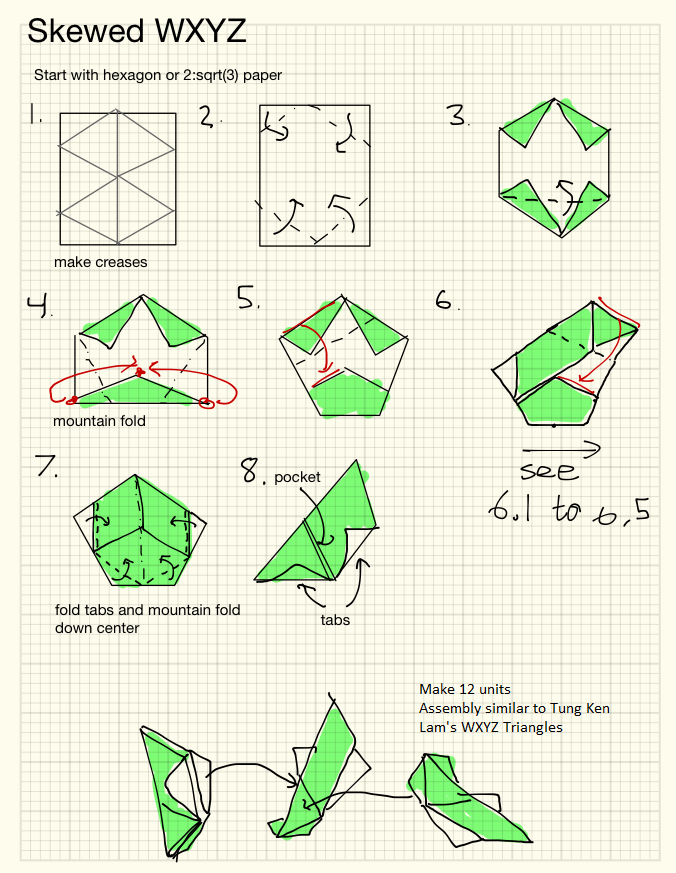 After the first design, I realized that it needed a lock to make it more stable, so I inserted some extra steps between 6 and 7. 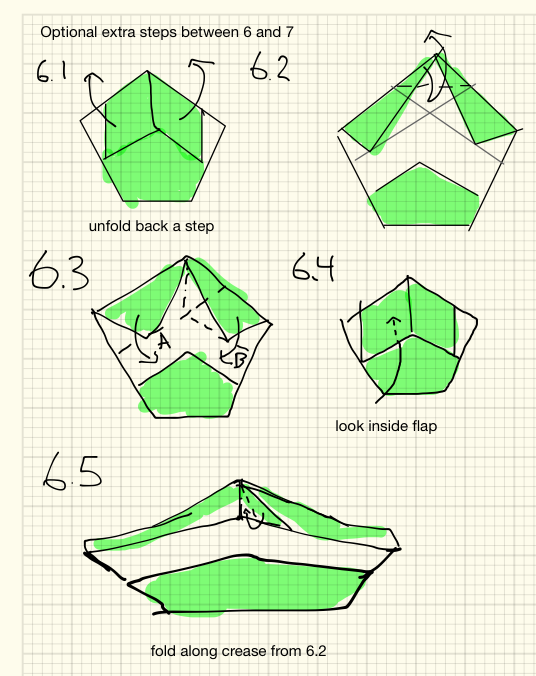 As promised, I will also discuss the mathematics of this model.

When I first designed this, I realized that there are multiple ways to skew the triangles.  You can either rotate the triangle 30 degrees clockwise, or 30 degrees counter-clockwise.  But are they actually different?  After all, you can just look at the triangle from the other side, and then clockwise becomes counter-clockwise and vice versa.  Nonetheless, if you skew all 4 triangles, there are multiple distinct ways to do so.  That is, you can produce different skewed WXYZ models which are not merely rotations and reflections of each other.

How many ways?  It turns out there are three distinct ways.  Maybe there’s a clever way to figure that out using group theory, but I just figured it out by exhaustively listing all the possibilities out.  (This is the kind of thing I think of as fun, and is one of my greatest joys in modular origami.)  The first way has tetrahedral symmetry.  The second has Z4 symmetry.  And the last one has Z3 symmetry.

Which one did I use?  I chose the one with the lowest symmetry, Z3, because it actually singles out one of the triangles–the purple one–as being different from the rest.  It felt thematically appropriate, and I delight in the idea of using group theory to enhance my artistic expression.