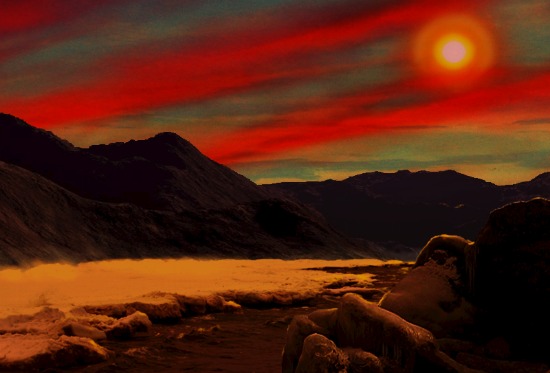 We won’t know details of the surface of 186f for years, probably decades, at best. It could be a cool Venus, a warm Mars, or a water world with a thick, steamy atmosphere and no clear surface transition between vapor and liquid phases. It could have a highly reflective atmosphere or surface, locking it into a snowball state, colder than the North Pole and drier than the Atacama desert. It could be like nothing we have yet imagined. But we can have some fun guessing … END_OF_DOCUMENT_TOKEN_TO_BE_REPLACED 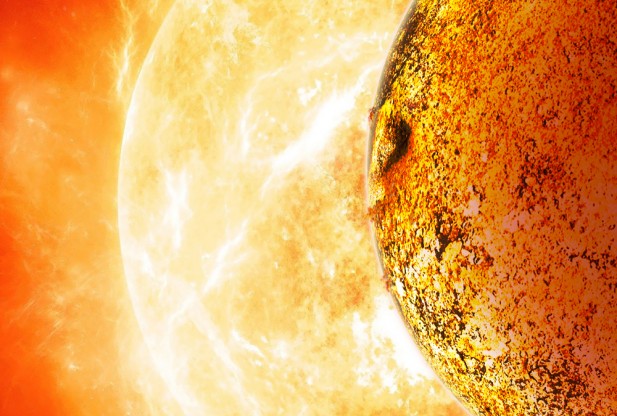 Venus may be the hottest terrestrial world in our solar system, super-volcanic Io might most resemble Dante’s Inferno, but we have a new candidate for most hellish earth-like world and it’s not even a close call: END_OF_DOCUMENT_TOKEN_TO_BE_REPLACED 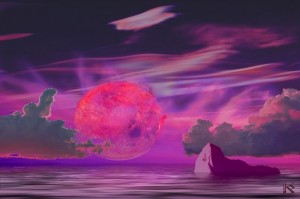 A hypothetical water world with the red dwarf Gleise 1214 glowering on the horizon.

Nearby is relative, this world is more than 40 light-years away. Thousands of times farther from us than Pluto is from our sun. But exo-astronomers have narrowed down the likelihood that a planet two and-a-half times more massive than earth may have a water rich atmosphere and possibly vast oceans on its surface: END_OF_DOCUMENT_TOKEN_TO_BE_REPLACED 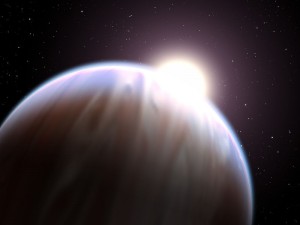 Hubble finds another blue planet! It needs a name — if we keep with the mythological gods and goddesses and demons and whatnot convention, we’re gonna run out of deities awful quick. There is however a one big complication with moving there, beyond it’s 63 light-year distance: END_OF_DOCUMENT_TOKEN_TO_BE_REPLACED 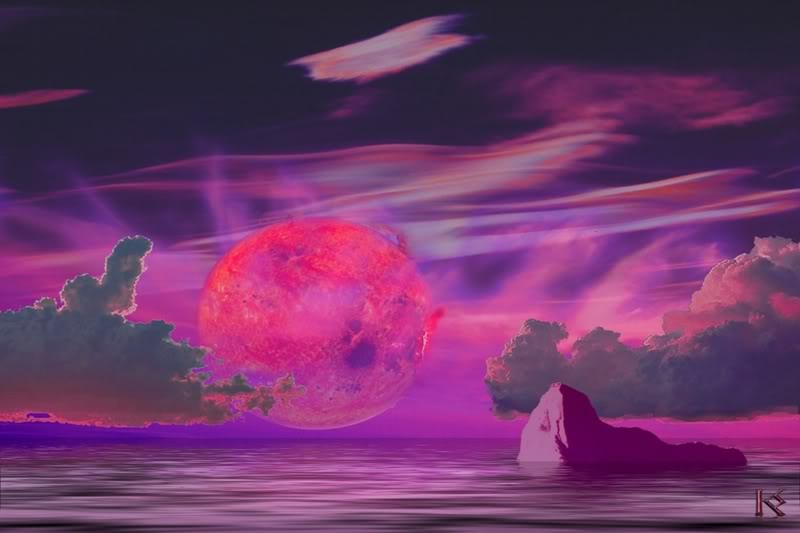 A hypothetical water world with the red dwarf Gleise 581 glowering on the horizon.

Look at a big spiral galaxy like the Milky Way and its blazing with the blue-white light of hot, young stars. But the vast majority of stars in our galaxy are the smaller, redder types. Of the estimated 400 billion suns in our galaxy, astronomers believe at least half of them are red dwarfs. One problem with red dwarfs is they tend to be active, they can flare and dim dramatically over short periods of time compared to our reliable, stable yellow sun. Because they are so much dimmer, planets in the Goldilocks zone where water might exist as a liquid on the surface would need to huddle much closer to the red stars. Not only would those planets would be pummeled by stellar outburst, they’d become tidally locked, always the same side facing the sun, similar to the way our moon always presents the same face to earth. All things being equal, a planet that takes a few weeks to rotate instead of a day would have a less powerful magnetic field to ward off the solar wind. Both Mars and Venus have mostly lost whatever primeval magnetic field they once had and that probably played a role in vaporizing whatever oceans they may have started out with.

But there’s a newer consideration, one which could help protect the planets of red dwarfs, now being modeled and tested. This increases the number of potentially habitable exo-planets to 60 billion! How? Think of a cold Venus: END_OF_DOCUMENT_TOKEN_TO_BE_REPLACED 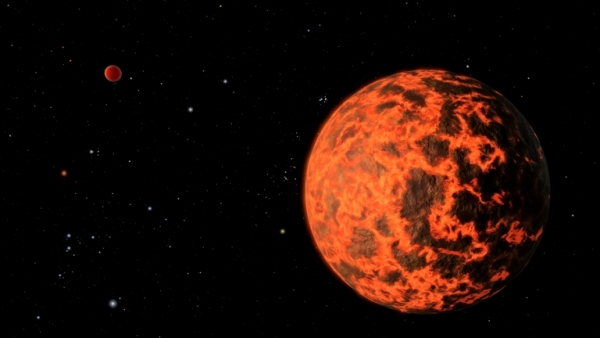 If you read science fiction or science fact, you know the nearest star to the sun is called Proxima Centauri, a tiny red dwarf that happens to lay on this side of its triple star system containing Alpha Centauri A and B. Since its so close, astronomers have been able to mostly eliminate the chances of a really large unseen companion in close orbit around the little star, like a brown dwarf or a hot Jupiter. But the possibility of smaller planets exists and there’s reason to think there could be a few. Now, astronomers may get a chance to find out: END_OF_DOCUMENT_TOKEN_TO_BE_REPLACED 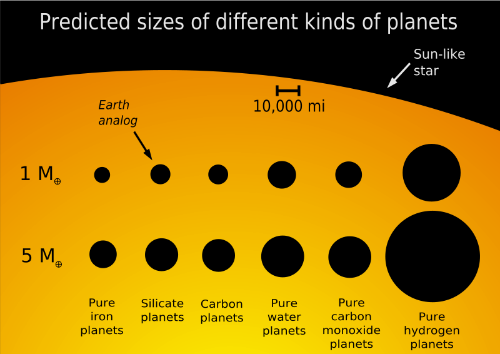 Kepler, the probe that keeps on ticking, has found a well populated exo solar system of a type that could one day be the subject of a focused search by SETI — because there’s another interesting feature here: this star is very similar to our sun, it’s just a little smaller. Oh, and much, much older: END_OF_DOCUMENT_TOKEN_TO_BE_REPLACED

Space.com — The latest observations of the odd planetary system revealed that the dusty debris disk surrounding the star Fomalhaut is much wider than previously thought. The debris belt spans a vast region of space between 14 billion and 20 billion miles (22.5 billion to 32.1 billion kilometers) around the star. Stranger still: The planet Fomalhaut b appears to approach with 4.6 billion miles (7.4 billion km) of its star at the closest point in its orbit, then swing way out to a point about 27 billion miles (43.4 billion km) away at the farthest point. Scientists call the extremes of such a planet’s path a highly eccentric orbit. Fomalhaut b’s path, scientists say, sends the planet crashing through the surrounding debris disk during its 2,000-year orbit around its parent star.

A nearby star that’s been a staple of sci-fi and sci-fact for years may be loaded with planets, including at least one that may be able to support liquid water on the surface: END_OF_DOCUMENT_TOKEN_TO_BE_REPLACED 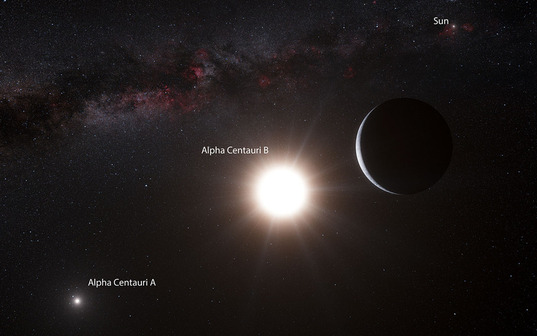 We are living in the greatest age of planetary discovery since Galileo looked at Jupiter, and that age may be on the verge of delivering one of the most exciting discoveries imaginable: earth-like planet[s] around Alpha Centauri, AKA Rigel Kent or ACen. Just the name Centauri brings on dreamy eyes in the sci-fi and space exploration community alike. At 4.37 light-years away, the three stars making up the Centauri system are by far our closest stellar neighbors. Via reader/writer “F,” planet hunters pouring over data from the most famous star system outside of ours have found strong hints of an earth-sized world, and there could be more: END_OF_DOCUMENT_TOKEN_TO_BE_REPLACED