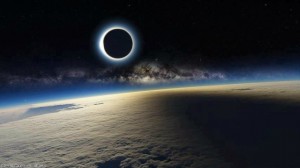 The eclipse from space

I’ve seen a few eclipses, even a total one as a kid. But I have never seen what I saw last night. I leave my office after a long, long day — which is why this site has been unattended the last few days — and totally forgot about the eclipse. Got into the parking lot and the light looked damn weird. The sun was just starting to think about setting. It was bright, cars and buildings were lit up all orange on one side, and yet it was dim. Hard to explain. Light twinkled oddly through the tree tops.

A few minutes later I was driving west, straight into it, and through the tinted top part of my windshield I could see it plain as day: something was taking a big black bite out of the sun! This is about what it looked like: 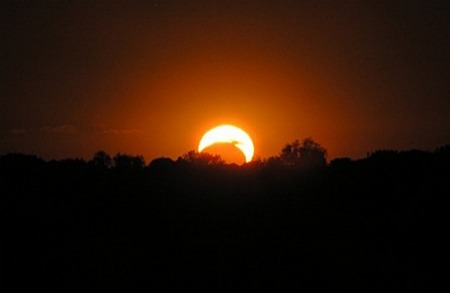 It gave me chills. I can see why superstitious people in ancient times might get hysterical, especially if someone was fanning the hysteria for all they’re worth, and decide heads have to roll if there’s even a chance it could keep the big light in the sky from being eaten (Although why some still cling to the sky-wizard idea is harder to grasp). I’ll be adding more throughout the morning. 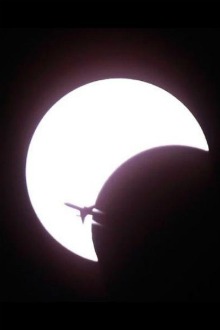 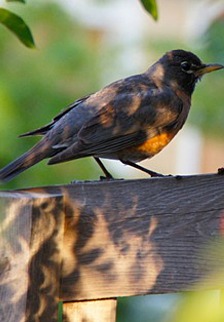 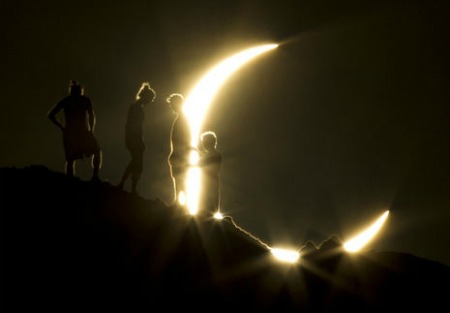