Cartoonists have a very difficult task because they do not have space to fill in all the necessary information and have to use images to convey a lot of background information so that people get the joke. But in doing so, they are heavily dependent on the reader getting the allusions.

As an example of how much background knowledge is needed for humor, take this cartoon. 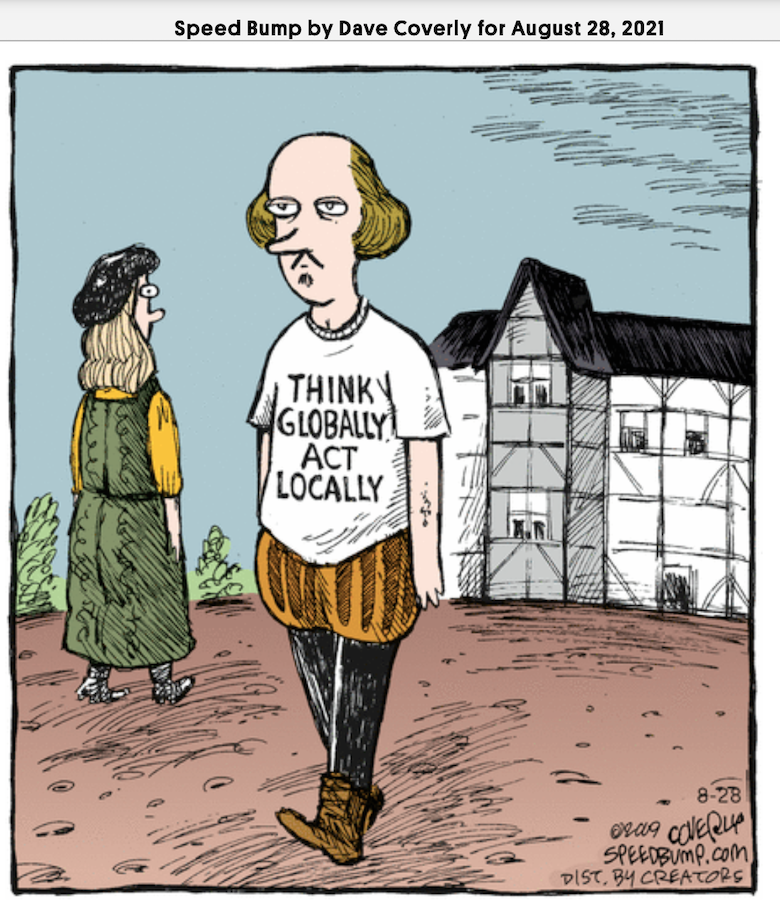 To get the joke, you have to recognize the person as William Shakespeare. You have to know that he was a playwright and thus his works were performed by actors, that many of his plays were done at the Globe theater, and be familiar with the aphorism written on his shirt.

Dr. House deals with an anti-vax mother » « Evolution has won the war over creationism