The Cleveland baseball team has finally announced the new team name, replacing the Indians with the name Guardians. While I was glad that the old offensive name was gone, I was underwhelmed by the new one, seeing it as somewhat unimaginative. I imagined that it was chosen because the new name rhymed with the old one and thus looked similar when written in cursive script as the new logo

But Steven Litt writes that the name has a deeper meaning and is very appropriate.

It’s brilliant. It’s got pride of place, legacy, nostalgia, stewardship, and strength, all wrapped up in one rough, tough, beautiful, powerful word: Guardians.

The Cleveland Indians’ new name, announced Friday, should be an instant hit. It deserves to be.

Critics might point out that few outside the city will understand that the name refers to the eight, 43-foot-tall Berea sandstone sculptures of guardians that stand watch on four pylons over the east and west ends of the 1932 Hope Memorial Bridge, AKA Lorain-Carnegie Bridge, whose eastern side faces Progressive Field at Ontario Street.

It’s easy to imagine how the team and the city will draw fresh attention to the sculptures, designed by Cleveland architect Frank R. Walker and carved under the direction of prominent American sculptor Henry Hering. 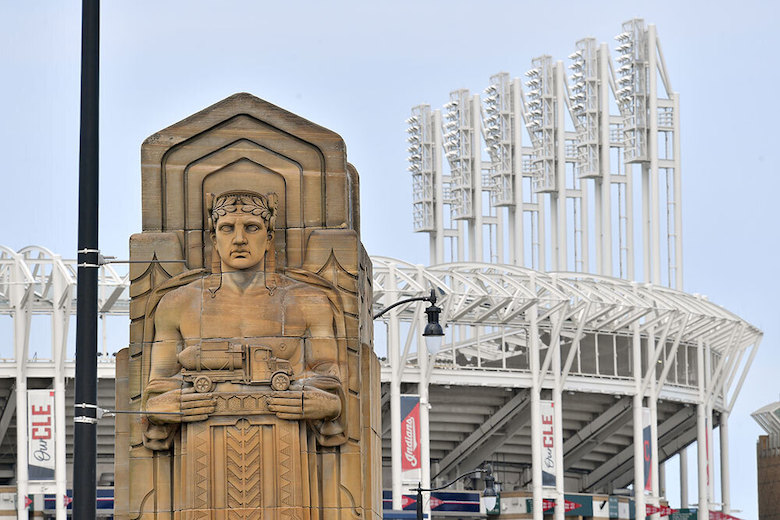 Litt goes on to describe the other historical aspects of the name that he thinks should make it attractive to the residents.

The new name has got support from some prominent people and while the reaction from regular fans has not been wildly supportive, it has not been overly hostile either, which is a good thing

If they don't sing "Let me Groot, Groot, Groot
For the home team" during "Take me out to the ballgame" I'm gonna be furious.#ClevelandGuardians https://t.co/bvOBIzwrKG

I am glad that’s over.