I, like so many people, have become used to using videoconferencing. This recent cover of a New Yorker magazine captured how someone can use the limited frame of the Zoom window to show oneself to best effect with the least effort. 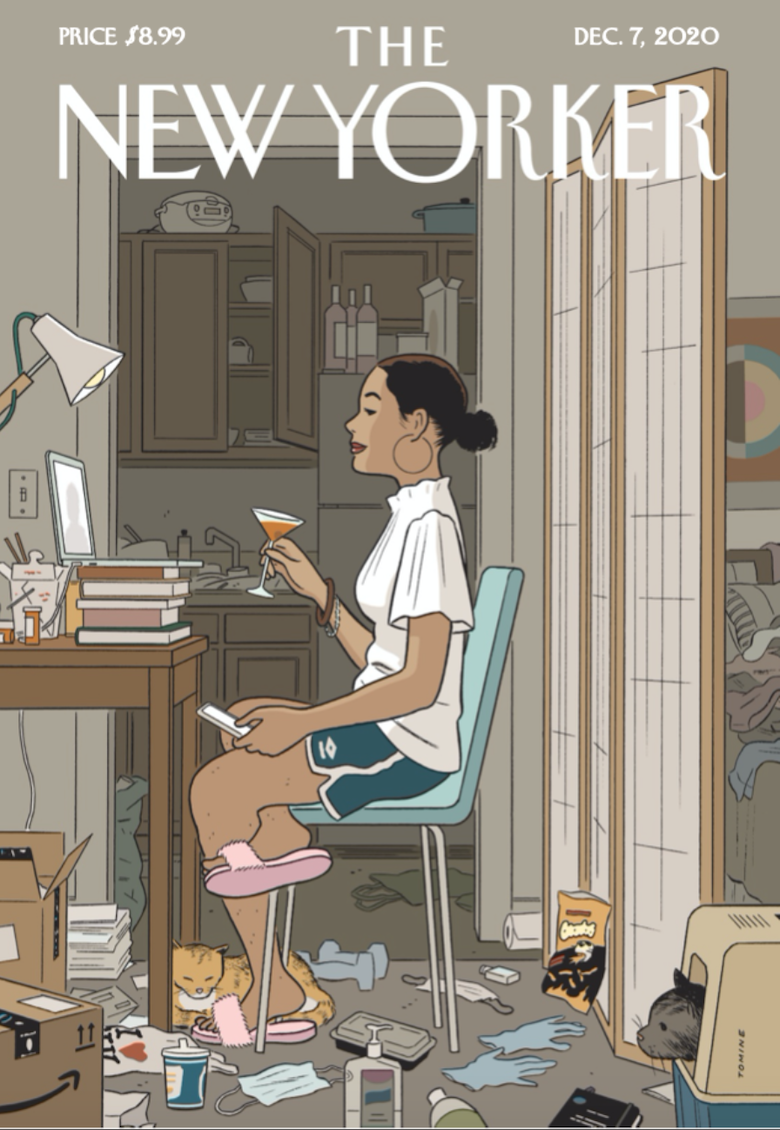 The January 2021 issue of Harper’s Magazine had the following item that astounded me about what people were observed doing during work Zoom video calls.

From behaviors engaged in by politicians and other government employees around the world during virtual meetings last year.

Removed her shirt and bra during a meeting with her political party, the national bank, and the press about the impact of the novel coronavirus

Drank a beer, introduced his pet cat to other officials, and threw the cat across the room during a meeting on social distancing

I have seen other stories about people not wearing pants or something similar. What I don’t understand is that when you are on a Zoom video call, you can see what others see of you. How could these people not realize that others could see what was on their screen?

I have been on Zoom calls with some friends or relatives where their window shows just the top of their heads and you have to point out to them that they need to lower the camera angle. Why they cannot see this without prompting baffles me.

Saving the ugly animals » « Capitalizing Black but not white