Donald Trump loves to boast that he’s a decisive leader. But most of that self-image comes from him thinking that sending out a tweet about something is equivalent to having actually done something. In reality many of those tweet message were false, irrelevant to any substantive issue, impossible to carry out, or were slow-walked or even contradicted by his advisors and members of his administration. But no matter, in his mind, and the minds of his supporters, he has ‘acted’ like a strong and forceful leader. But such smoke and mirrors can only be taken so far and the big problem for him is the coronavirus because that is something that cannot be controlled by tweets and here Trump’s indecisiveness and lack of action are increasingly manifest.

For example, does he favor wearing masks or not? After initially ridiculing the idea and never wearing one or requiring people to do so at his events, he then started slowly shifting his stance and yesterday wore one for the first time in public when he visited Walter Reed hospital. Even here he vacillated, suggesting that masks were only needed for specific times and places such as in hospitals, which is far less than what health experts are recommending.

But the damage has been done. Many people, as dutiful followers of their Dear Leader, had decided that wearing masks was a political issue that they had to oppose, to the extent of attacking store employees who were called upon to enforce mask wearing rules. 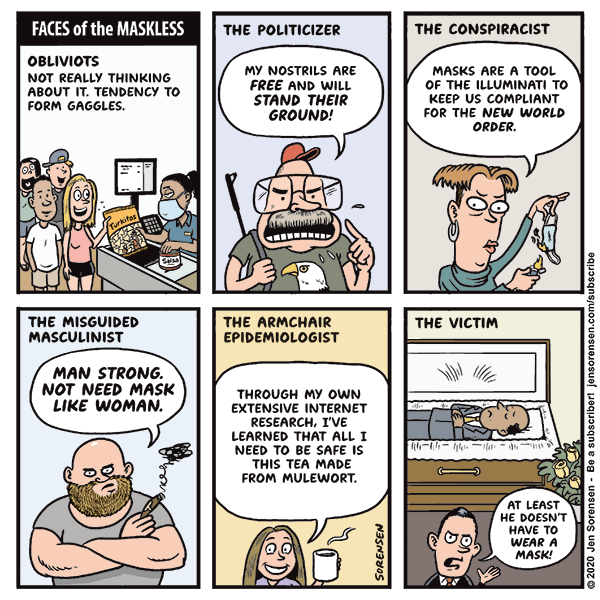 One has to feel sorry for these employees. When they signed up to stock shelves or other duties, I am sure they never expected to be put in the role of fighting belligerent customers. It is like teachers who are fighting demands by some state legislators that they be armed to stop school shootings. They rightly claim that armed defense is not the job they envisaged.

Even the most devoted of Trump fans would be hard-pressed to answer questions confidently on where Trump stands in respect to battling the pandemic, and it is this that is his greatest weakness. As the number of cases surge across the country, public approval of his handing is rightly plummeting and he risks being eaten by the alligator.

Interesting scenario of presidential succession » « Test cricket is back