My ignoring of the Trump campaign emails has resulted in them steadily increasing the inducements offered to me and my recent prediction that this would occur again did in fact happen. It was not the offer of a private lunch with Trump that I had anticipated but even better, as you can see from the text of the email I received.

I’m pleased to present you with this invitation to join the Trump 100 Club.

I’ve only selected 100 Patriots in the entire Nation to join this prestigious club, and YOU are one of them.

Trump 100 Club Members are going to be the ones I turn to when I need the advice of the American People. I’ll be counting on your feedback to represent the views of millions of voters.

I need my loyal supporters like YOU to be my eyes and ears around the Country, and I need to know that I can rely on you these next few months.

Joining the Trump 100 Club is absolutely paramount to our success, and that’s why I’m calling on YOU to step up and accept my offer. We are only inviting 100 Patriots, so don’t miss your chance to be a part of this exclusive group.

Please contribute ANY AMOUNT TODAY to join the Trump 100 Club. >> 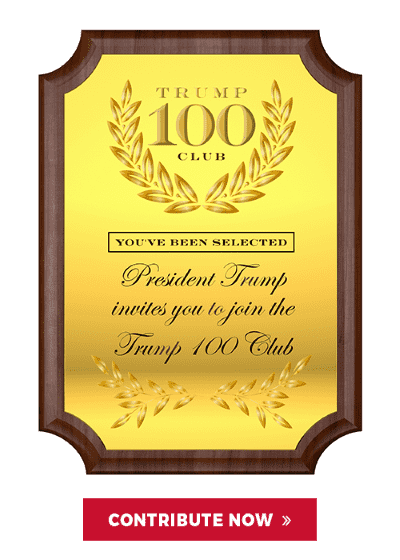 While I am flattered that they think that I can “represent the votes of millions of voters”, the idea that my advice will be even requested, let alone listened to is, of course preposterous. I also cannot imagine that I am one of just 100 people in the nation who got this appeal and I am sure that there are many more than 100 die-hard Trump faithful who will send money. So what’s the catch? Are they lying about the limited number and will tell the thousands that they are part of just a hundred? Lying is what Trump does as often as he breathes but this is such an obvious lie that it should be obvious to even the most dim-witted of his supporters that they are being played for chumps.

Since the offer said that “ANY AMOUNT” qualified, I could send him a contribution of $1 just to see what would happen. But I was not going to risk giving my credit card information to that bunch of grifters.

So now that I have not accepted this latest offer, let’s see if they raise the stakes some more.