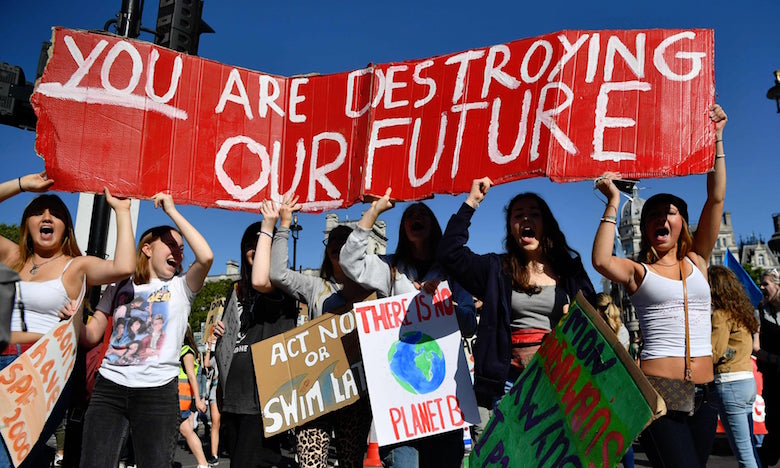 This article has ten charts that illustrate some of the key features of the climate change crisis and the consequences. Here’s one on rising sea levels.

Sea levels are inexorably rising as ice on land melts and hotter oceans expand. Sea levels are slow to respond to global heating, so even if the temperature rise is restricted to 2C, one in five people in the world will eventually see their cities submerged, from New York to London to Shanghai. 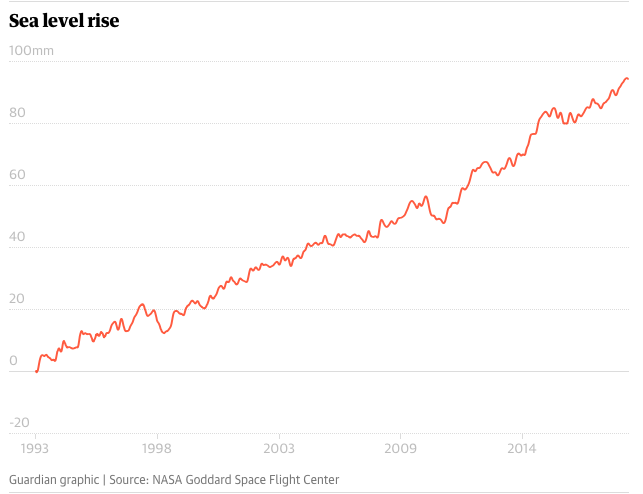 The main sources of greenhouse gases emissions in the US (that include carbon dioxide, methane, nitrous oxide, and fluorinated gases) broken down by industry are power generation (30%), transport (26%), manufacturing (20%), homes and businesses (12%), and agriculture (9%). Fossil fuel usage contributes in some way to all of them.

From global climate change to gun violence in the US, young people are taking action because the older generation has failed miserably to do so. This radicalization of young people is bound to manifest itself later by having wider social and political repercussions in the years to come.