It is truly fascinating to see how Republicans and conservatives are freaking out over new Democratic congresswoman Alexandria Ocasio-Cortez, criticizing everything that she does, says, and even the clothes she wears. But they are finding out that she does not give a damn and is throwing it back in their faces. Peter Wade has a nice article about how she has responded.

And when Great America PAC Chairman Ed Rollins bashed Ocasio-Cortez’s proposed top marginal rate of 70% from her Green New Deal, calling her “a little girl,” she fired back.
…

“GOP loves to insult my intelligence… If anything, this dude is a walking argument to tax misogyny at 100 percent,” Ocasio-Cortez responded to Rollins in a tweet. “Republicans rob everyone the opportunity of real policy debate by resorting to this,” she added.

Her proposal to tax income over $10 million at 70% rate is being distorted by the usual hacks as a proposal to tax everyone’s income at all levels at 70%. But she was having none of it.

When Republican Minority Whip Steve Scalise tweeted that Democrats want to “take away 70 percent of your income and give it to leftist fantasy programs,” Ocasio-Cortez responded (in a tweet, naturally): “You’re the GOP Minority Whip. How do you not know how marginal tax rates work? Oh that’s right, almost forgot: GOP works for the corporate CEOs showering themselves in multi-million $ bonuses; not the actual working people whose wages – healthcare they’re ripping off for profit.”

I challenge anyone to show how taxing income over $10 million at 70% will harm the economy. Marginal tax rates have been as high as 94% in the past and was as high as 70% even as recently as 1980. 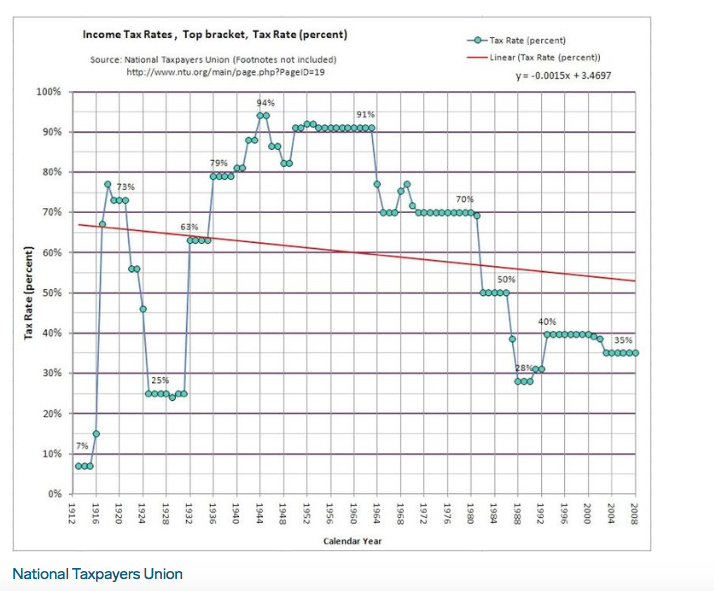 She also defended her ‘sis’, fellow congresswoman Rashida Tlaib’s language, which has prompted a lot of pearl clutching among Republicans, although that is the language that Trump has repeatedly used publicly.

The freshman congresswoman has also come to the defense of colleague Rep. Rashida Tlaib (D-Mich.) for promising to “impeach the motherfucker,” meaning President Donald Trump.

“Republican hypocrisy at its finest: saying that Trump admitting to sexual assault on tape is just ‘locker room talk,’ but scandalizing themselves into faux-outrage when my sis says a curse word in a bar. GOP lost entitlement to policing women’s behavior a long time ago,” Ocasio-Cortez tweeted.

These guys deserve all the ridicule they get and it looks like these dynamic new Democrats are not afraid to give it and know how to do so, even if it makes some of the Democratic party leaders squirm.

What’s so refreshing about Ocasio-Cortez is that she isn’t afraid to call out bullshit and doesn’t pull punches in the name of civility, a concept the GOP has abandoned in the era of Trump. Plus, she’s a millennial, and has the social media savvy to prove it.

After her withering reply to him, Scalise has now decided that arguing with her on twitter is not a good idea and says that he will no longer engage with her on the twitter battlefield but instead debate her in the House of Representatives. I think he is going to find that it is not a refuge for faux-civility anymore. It will be interesting to see if and when other Republicans realize that “little girls” can be really tough.

I am waiting for Trump to start a twitter fight with her. But he may have just barely enough sense to realize that that may not be a good idea and being the coward that he is, he may decide to not engage with her.