Earth scientist Katharine Hayhoe, director of the Climate Science Center at Texas Tech University, reveals how she was recently invited to appear on CNN’s Anderson Cooper show to talk about climate change and then her taped segment was omitted altogether to give more time to stupid former senator Rick Santorum to bloviate once again about how it is all a hoax manufactured by greedy scientists. She said that this is not the first time this kind of thing has happened to her. It shows how these so-called news shows, even those that claim to be pro-science, would rather have an ignorant famous person than a knowledgeable expert.

In the video below, Hayhoe debunks some of the absurd accusations made about climate scientists. I particularly liked her deconstruction of where research grant money, what is supposedly allowing these scientists to wallow in luxury at taxpayer expense, actually goes.

Ruben Bolling has more on this anti-science attitude. 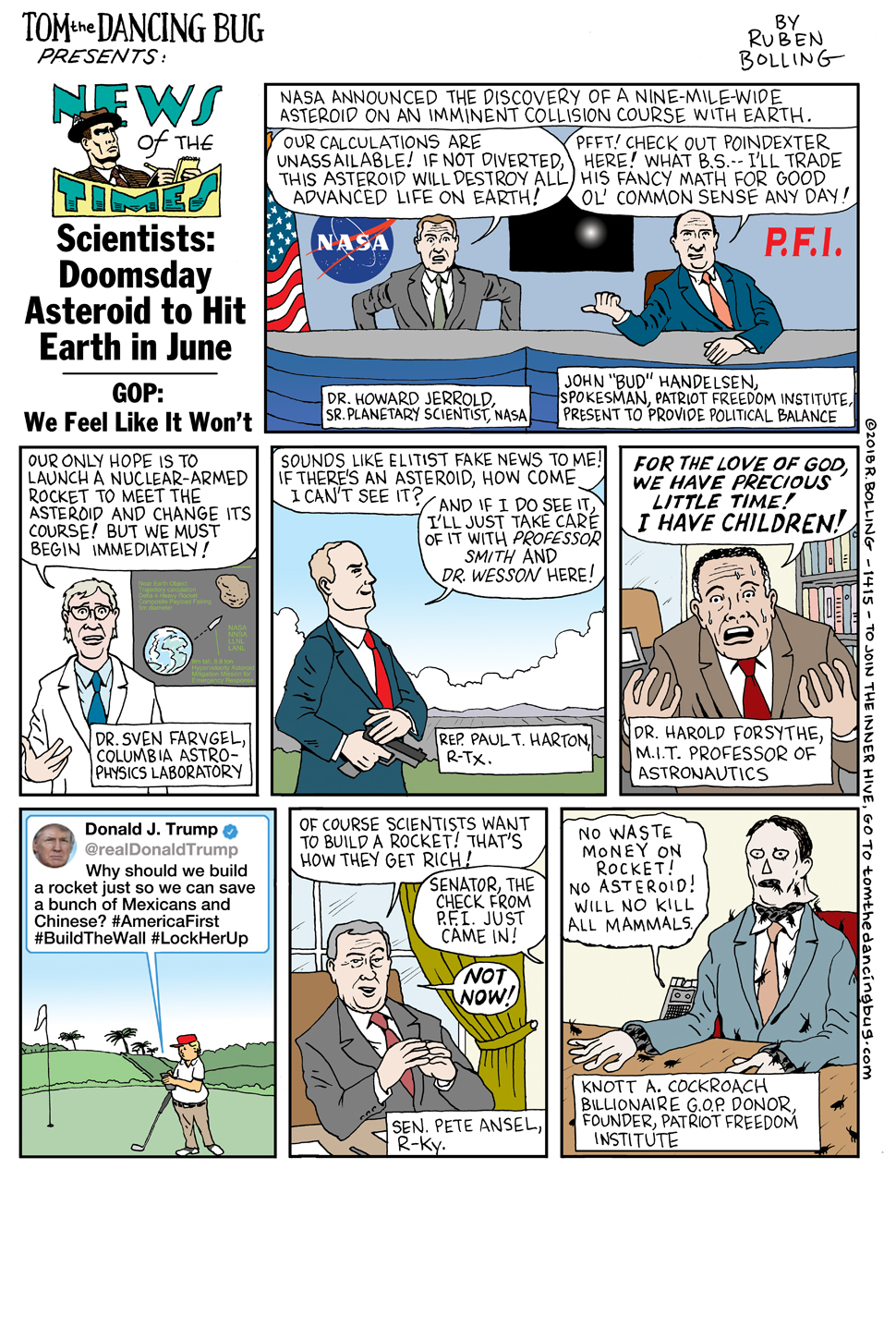