Then cartoonist Jen Sorensen imagines what his oath of office will be like. 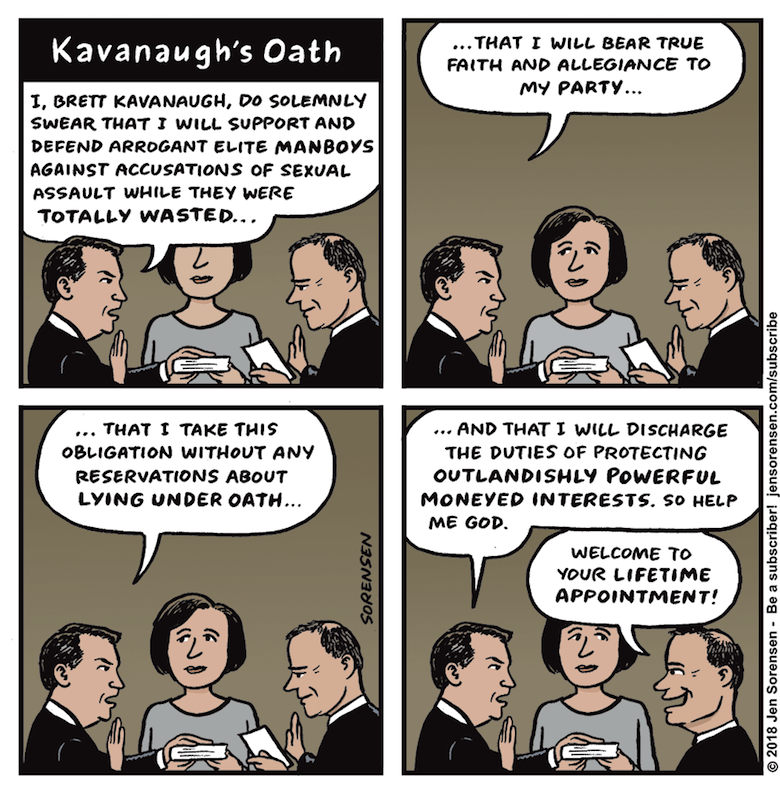 Then Ted Rall compares the ‘tough on crime’ rhetoric that conservatives use against the poor and people of color, to their whiny pleas for understanding and forgiveness when they are the ones in the dock. 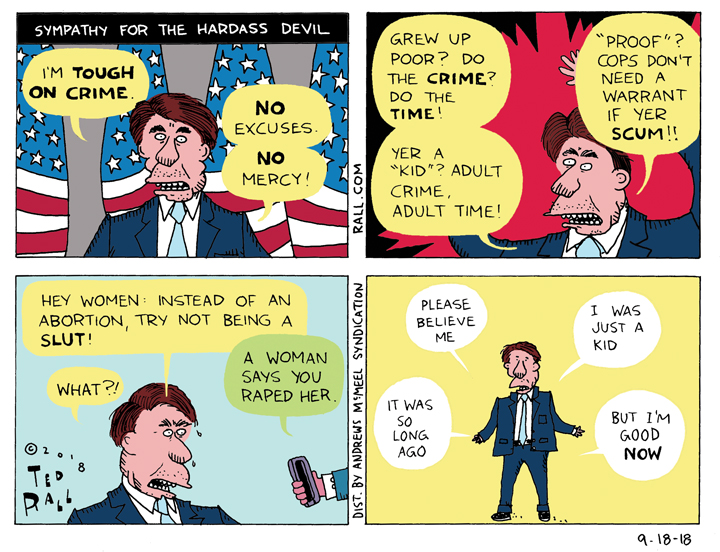 Right-wing Republicans like Supreme Court nominee Brett Kavanaugh pride themselves on their careers of moralizing and judgementalism. They give no mercy, brook no excuses for wrongdoing. But when they’re accused of a crime, they beg like children to be forgiven and given the benefit of the doubt they don’t give others.