Alexa is the name given to the voice that responds to your commands on the Amazon Echo device. In a recent post, I discussed the creepiness of having someone potentially listen to every conversation in its vicinity. As I understand it (not having one) the device is only supposed to be activated if you first say “Alexa” but apparently that is not the case.

A family in Portland, Oregon reports that an Amazon Alexa device recorded a private conversation and randomly sent it to a contact in Seattle.

Danielle, who declined to provide her last name, told KIRO-TV that the contact called her family to tell them that their privacy was being compromised.

“We unplugged all of them and he proceeded to tell us that he had received audio files of recordings from inside our house,” Danielle said. “At first, my husband was, like, ‘No, you didn’t!’ And the (recipient of the message) said, ‘You sat there talking about hardwood floors.’

On her new show The Break Michelle Wolf had an ad for the latest feature on the Echo.

Cartoonist Ruben Bolling already warned us where this would lead. 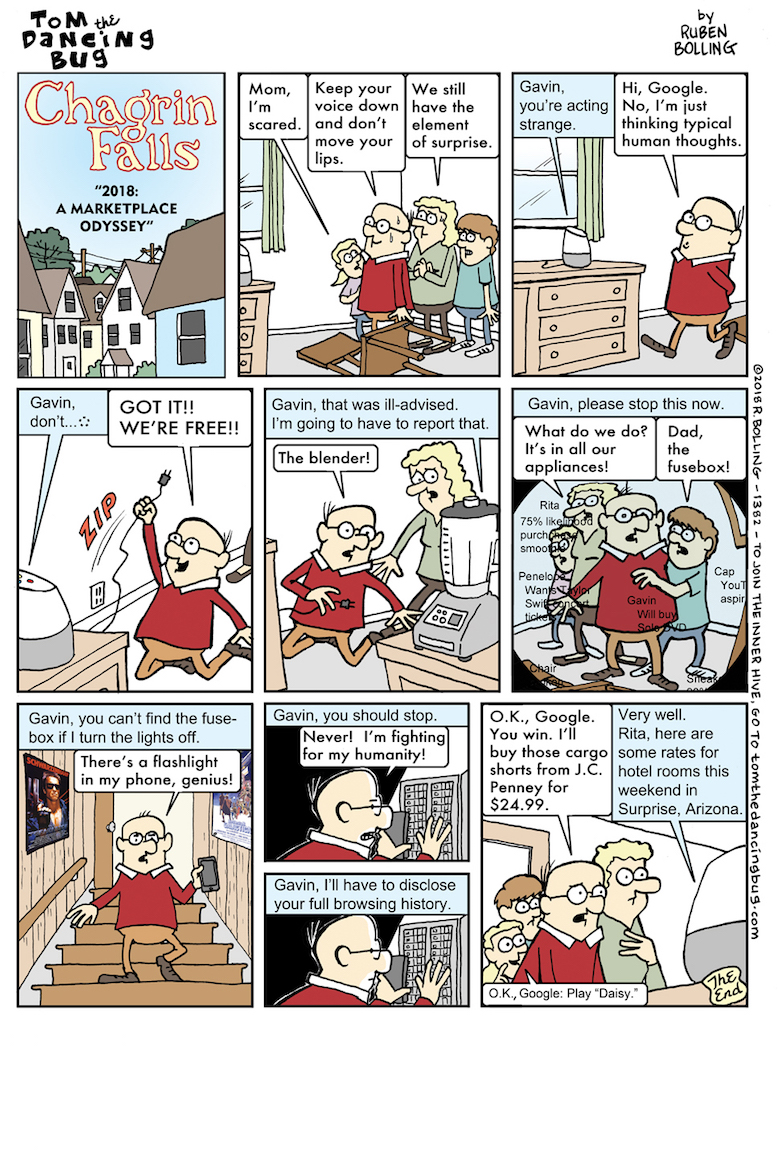 Would you accept this person as an expert scientific witness? » « Well, that was a surprise