Blackfriars Priory school, a Catholic boys school in Adelaide, Australia commissioned a statue of a saint Martin de Porres that was supposed to showed him giving a loaf of bread to a child. While the commission was granted on the basis of a drawing of the statue, when the final statue was unveiled, it suggested something completely different, though one that is consistent with what we have learned about the Catholic church. 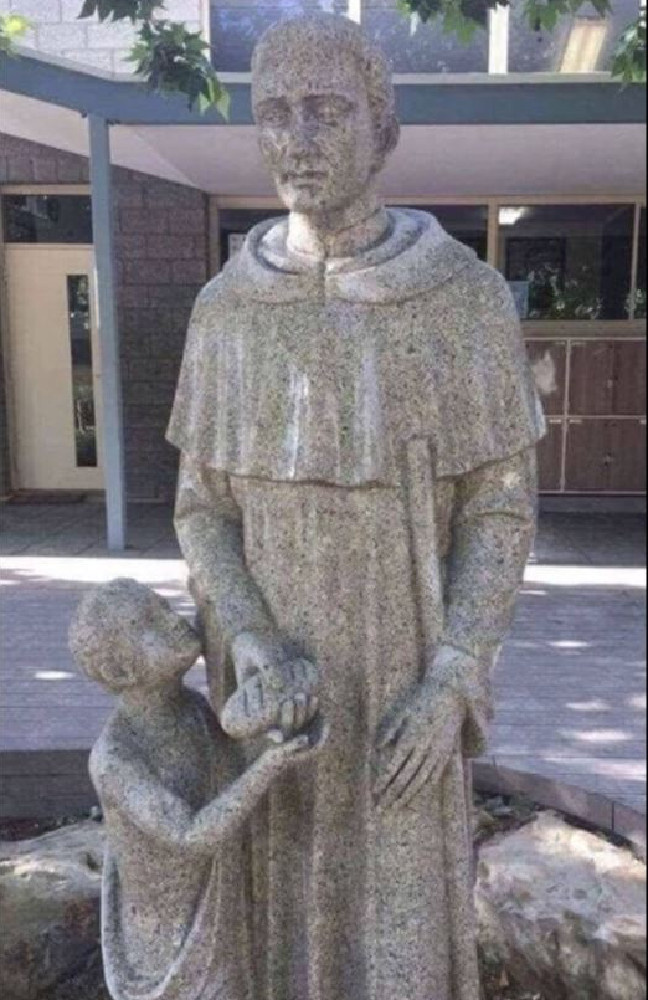 It did not help that the school itself had earlier been hit with several sex abuse scandals involving teachers.

The school has covered up the statue with a black cloth while they decide what to do about it. But that act of covering up is itself being viewed as a metaphor for how the church has responded to its sex abuse scandals.

Yet another episode of “What was he thinking?” » « Appeasing the Tax Wizard